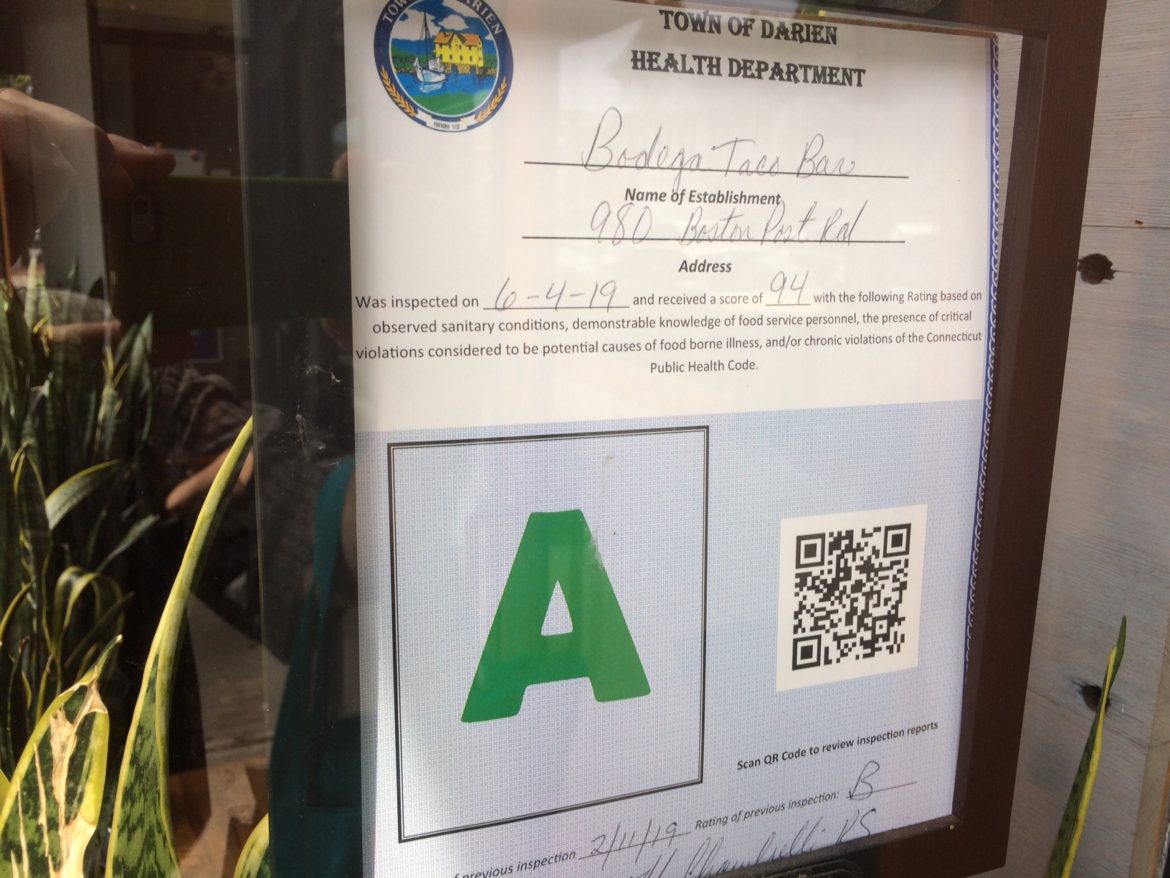 These seven inspection reports of Darien restaurants were released Thursday by the town Health Department, based on inspections from Dec. 13 to 16.

Three of the inspections resulted in “A” ratings and four in “B” ratings. There were no “C” ratings, the worst in the town’s A/B/C ratings system.