(What will the kids be doing? Mostly providing the charm. Whether they look bored, sad, angry or, more often, curious, happy and delighted, they’ll be exuding oodles of charm. It’s what kids do, particularly if they’re too young to do much mischief. Go watch the parade if you could use some cheering up.)

Darien VFW Post 6933 is hosting the parade, which will take place between the high school and the VFW Post, both on Noroton Avenue. 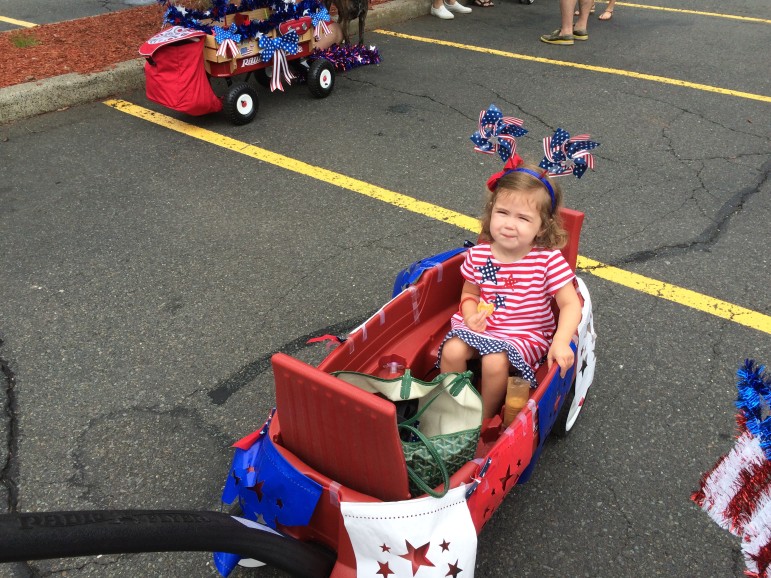 From the 2015 parade: Joanie Costa, then 3, all decked out and ready to roll.

All vehicles must be non-motorized. Winners of the contest will be announced at 10:20 a.m., and they will lead the parade as honorary grand marshals. 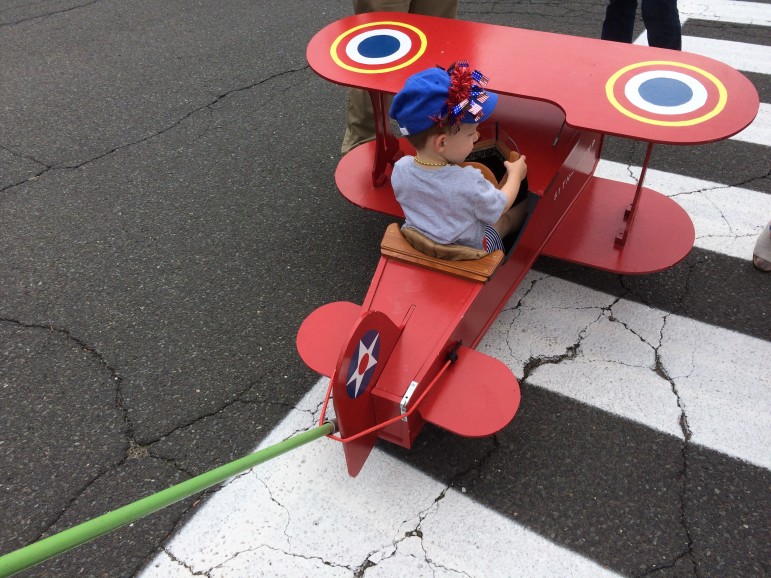 From 2015, a Sopwith Camel seen from behind. The broomstick pushes and steers it.

The Post’s Color Guard will lead the marchers. The event drew close to 3,000 participants and spectators in 2019.

Families are encouraged to arrive at the high school from 9:45 to 10 a.m.

The parade will travel down Noroton Avenue close to the VFW Post at 205 Noroton Ave. (specifically in the parking lot adjacent to the Noroton Heights Fire Department and McGuane Field. 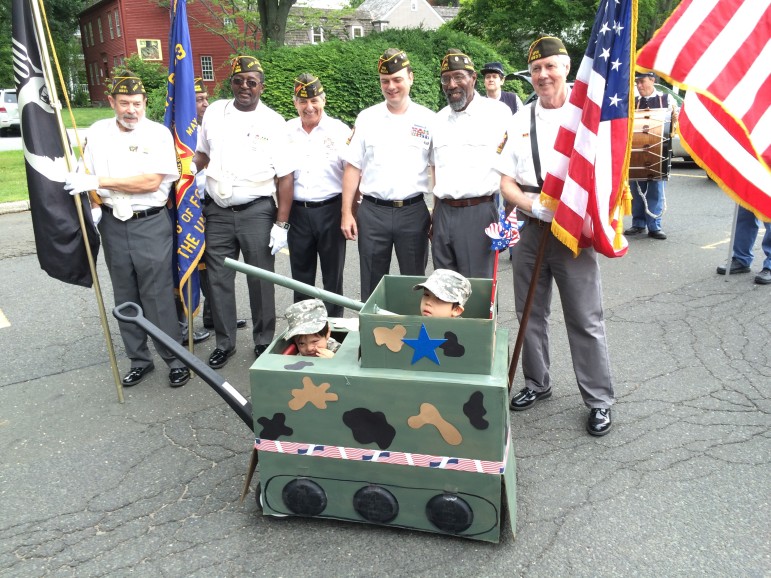 At the parade’s end, a post-parade panoply of fun stuff is planned in pretty close proximity of the VFW Post, in particular:

There will be food vendors and live entertainment. There will also be a number of children’s activities taking place there, including face painting and a selection of removable children’s tattoos.

While the parade itself is free, this part of the festivities has a suggested donation of $20 per family. 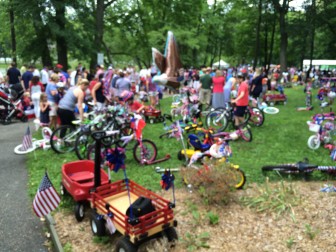 A previous post-parade party (in 2015 it was at Tilley Pond Park).

The VFW Post, which organized the event, says the money will be used “to support the Post and its headquarters, the former Chapel of Fitch’s Home for Soldiers and their Orphans (the first veterans’ home in the U.S. that was established right here in Darien just after the Civil War).

“We encourage you to stop by the Post on the day of the parade so we can show you around.”

In its announcement, the VFW thanked corporate sponsors, the Noroton Heights Fire Department, Darien Police Department, the town fire departments and the Town of Darien itself.