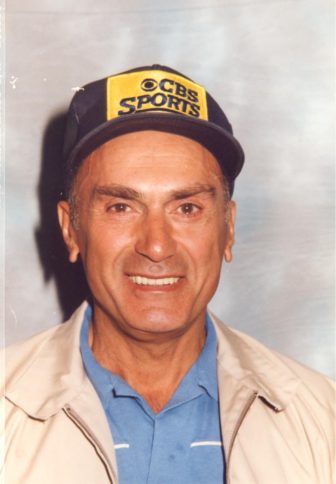 Born on Oct. 6, 1925 in Boston, he was the son of the late Frank and Madeline (Carbone) Bonfiglio.

Joe was a veteran of World War II and was stationed at Noroton Heights Naval Base. Later he served the last six months of the war on the Destroyer Tender USS Tidewater.

Upon his discharge, he attended and graduated from New York School of Mechanical Dentistry. He worked for local dental labs for six years and then started his own business, Bon Dental Lab in Norwalk. He served in that capacity of 35 years and retired in 1988.

He was a lifetime member of the Knights of Columbus in Stamford, a life member of the Piedmont Club of Darien, a member and former Commodore of the Darien Boat Club and former member of the South Norwalk Boat Club. His favorite pastimes were boating, fishing and working out at local gyms.

— an obituary from Edward Lawrence Funeral Home, where online condolences may be left.

He was predeceased by a brother David, a sister Nancy Mulas and a son from a previous marriage to Madeline D’Arrigo, Gary Bonfiglio.

He is survived by his wife, Donna, of Darien, a daughter, Arianna Elle, of Bridgeport and two children from his previous marriage: Lynn Santoro of California and Joseph Bonfiglio of Trumbull. He is also survived by several nieces and nephews from Maryland, California and Kentucky.