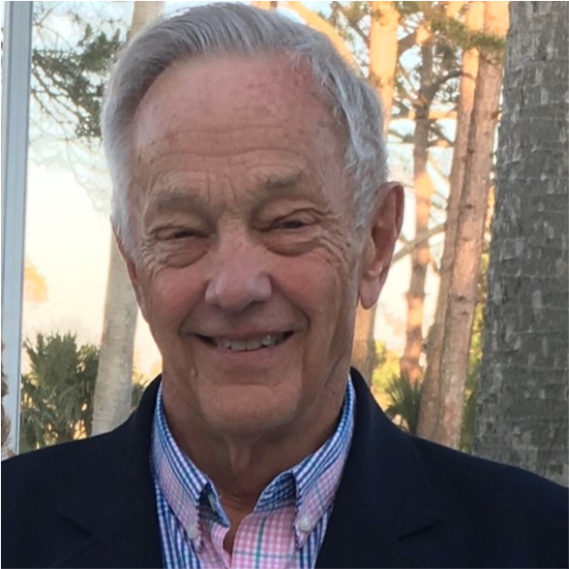 Ted Larson, 82, died on Dec. 6. A memorial service will be held at a later date in Wilton.

Ted Larson, 82, of Ponte Vedra Beach, Florida and East Orleans, Massachusetts passed away peacefully on Dec. 6, 2019 after succumbing to injuries sustained during a bicycle accident in October. 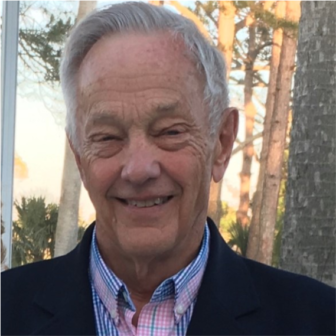 Ted Larson, 82, died on Dec. 6. A memorial service will be held at a later date in Wilton.

John Theodore Larson was born in 1937 to John and Frieda Larson in Roslyn, New York. After graduating from Darien High School in 1955 he went on to receive a bachelor’s degree in chemistry and economics at Cornell University and an MBA from Columbia University.

After graduation he worked for Union Carbide and then spent over 25 years in marketing and operations at General Foods.

In 1966 he married Betsey Johnson at Wee Burn Country Club and went on to raise his two children, Leigh and Sarah in Wilton.

After retiring in 1995, Ted focused on volunteering on many boards including Family and Children’s Agency, Long Range Planning boards in Wilton, the Congregational Church of Wilton, the Wilton Riding Club, Parents committee of St. Lawrence University, Cape Cod Children’s Place, Habitat for Humanity and Family Promise.

He was an avid athlete who became passionate about long distance bike riding later in his life. Ted also loved traveling, gardening, playing bridge, following the stock market and attending the symphony on the Cape and in Florida.

He was an active member of Orleans Yacht Club, Ocean Edge Resort & Club and Sawgrass Country Club. More than anything, Ted cherished his time spent with his grandchildren.

Ted’s goal in life was to take care of his family, friends and those in need with his time, friendship and beyond. In lieu of flowers we would like to pay forward his goals with donations in his honor either to the Cape Cod Children’s Place, Inc. a non-profit organization where he believed in their mission of being a “resource, referral, and education center committed to providing high-quality care, support, and advocacy for families with young children in order to sustain a healthy community for Cape Cod’s future.” P.O. Box 1935 N. Eastham, MA 02651 Attn Cindy Horgan.

Or to the Swim Angelfish aquatic therapy program where his grandson, Colin, is an active participant. Ted was passionate about Colin’s disabilities and ways he could find that could help him.

The scholarship fund will help offer adaptive swim lessons and therapy to those children who could be greatly impacted but can’t afford it. Donations should be sent to Angelfish Therapy, 168 Intervale Road, Stamford, CT 06905 with “Scholarship clients in memory of Ted Larson” in the memo line.

A private memorial service will be held in Wilton at a later date.

— an obituary from Beaches Chapel by Hardage-Giddens, where online condolences may be left