Jeffrey James Murtha, 57, from Wilmington North Carolina passed away unexpectedly on Nov. 10, surrounded by the people who loved him. 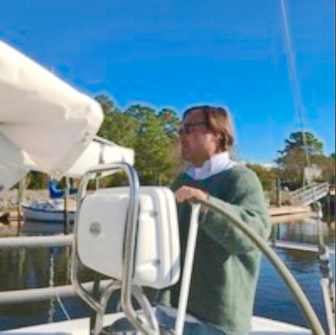 Jeffrey Murtha, 57, passed away on Nov. 7. A celebration of his life will take place on Nov. 19 in Wilmington, North Carolina.

He attended Plymouth State, and eventually ended up in New York City where he began his career as a stock broker. He moved to Portland Maine, and worked for the firm of Tucker Anthony.

Jeff eventually moved on from his first career, and decided to join the firm of Silverstreet Development, an organization dedicated to the quality preservation, operation and growth of affordable housing. In 2004, Jeff and his family relocated to Wilmington, NC, where he continued to work as a developer.

Jeff is survived by his wife Emily and their three children: Henry, Grace and Charlie. He is also survived by his sister, Tracy Crowley and her husband William, as well as his brother Greg and his wife Laura. Jeff’s parents, Katherine and Vincent Murtha predeceased him. It must be noted that “Uncle Jeff” is also survived by his many nieces and nephews, who loved him dearly. They include, Katie, Colleen, Samantha, Olivia, Emile, Ledger, Dylan, Austin and Garrett.

— an obituary from Andrews Mortuary Market Street Chapel, where online condolences may be left

Jeff’s love of the ocean and the peace that it brought him truly defined him. Sailing was his passion, both in North Carolina and in Maine. If he couldn’t be sailing, he would be trying to get his children to attend any type of music event. Lalapalooza was an annual tradition for Jeff and his children.

His love for his dogs was palpable. He took multiple trips to India with Indo Jax Surf Charities, where he worked with orphan girls, by helping them to discover the magic of the ocean and teaching them to surf.

Jeff was most complete when he was watching his three children become the amazing beings that they are today. They were his pride and his joy.