Jean H. Thomas passed away the morning of Sept. 16, just shy of her 91st birthday at Meadow Ridge in Redding. 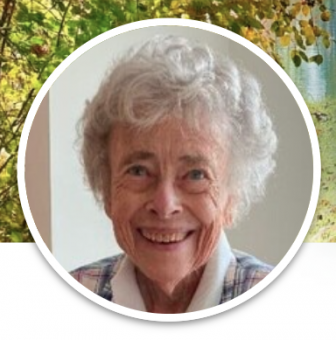 Jean Thomas, 90, passed away Sept. 16. Her funeral will be private. Burial will take place at Arlington National Cemetery.

She was born in 1930 in New London to Anna Fletcher and Harry R. Hewitt and grew up in Groton.

Jean met the love of her life while at Fitch High School when she attended a ring dance at the U.S. Coast Guard Academy. When the music stopped, Ensign Richard (Dick) M. Thomas was standing in front of her and that was the beginning of their 52-year romance.

She and Dick got married in 1952 on the day she graduated from Connecticut College, at Harkness chapel, and she followed him around the U.S. as a military wife.

Her husband’s 30-year career with the Coast Guard took them to Boston, Alaska, St. Louis, Galveston, Texas and finally to Washington, D.C., where Dick was the Coast Guard general court martial judge in the eastern half of the United States.

Upon her husband’s retirement in 1981, they moved to New York City and Jean launched her career at the age of 51. They lived in New York City during the week and spent their weekends in Darien.

For someone who avoided math and science in college, she started working at Rockefeller University in the lipid metabolism research department for three years until Dr. Edward “Pete” Ahrens’s retirement.

Her next job, just across the street, was at Cornell Medical School’s Department of Reproductive Medicine, where she worked for the next 22 years for Dr. Owen K. Davis, retiring at the age of 83 in 2013.

After retiring, she continued living in Darien for several years before moving to Meadow Ridge in 2015, a retirement community in Redding. She loved her time in Darien, gardening and driving her 1971 Green VW fastback around town.

In her early 70s, Nana traveled with her grandchildren to Alaska, England, Scotland, Normandy, Iceland, Germany, Austria, Czechoslovakia and Norway sharing her love of history and world events with them.

Jean’s family would like to thank the staff of Meadow Ridge, RidgeCrest, Ridgefield VNA and especially hospice nurse Adriana C.

Burial will take place at Arlington National Cemetery in Washington, D.C. next to her beloved husband, Capt. Richard Marvel Thomas, USCG (Ret.) at a future date.

Memorial contributions may be made to:

— an obituary from Bouton Funeral Home, where online condolences may be left