Jean McKelvey Hankin of Ipswich, Massachusetts, died peacefully May 5, 2021 at The Residence at Riverbend in Ipswich. She was 91. 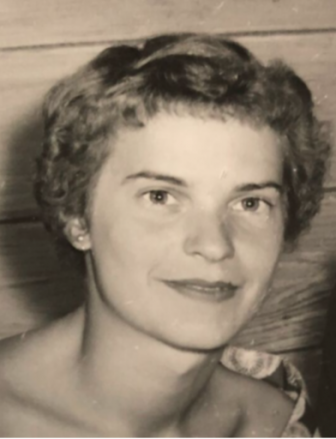 Jean Harkin died on May 5. Her funeral will be private.

Jean was born April 23, 1930 in Rochester, New York. to Fred E. McKelvey and Katherine W. McKelvey. She spent her childhood in Rochester with her parents, her older sister Anne (Roon) and older brother James (Jim). As a youngster and for the rest of her life Jean was known as ‘B’ to all in Rochester and beyond.

She attended the Columbia School for Girls in Rochester, and the Madeira School in McLean, Virginia, where she graduated in 1948. Jean married Clifford Hankin (Cliff) on Sept. 5, 1953 at Blue Mountain Lake in New York. Completely devoted to each other, the couple stayed side by side for the next 65 years until Cliff’s death in 2019.

Jean was active in the Junior League (AJLI) and enjoyed playing bridge whenever she could. She made many friends wherever she went.

Cliff and Jean retired to Williamsburg, Virginia in 1988. They loved to travel in their retirement years and went all over the world. Bermuda was one of their favorite destinations, and they returned there numerous times. “Mimby” particularly enjoyed the visits of her grandchildren, Alex and Katie; watching them grow and enjoy all the fun activities in Williamsburg area.

After Cliffs death, Jean moved to the Residence at Riverbend in November 2019. She thoroughly enjoyed every moment of her time there, and was much beloved by the staff and residents.

She is survived by her son, James M. Hankin (Jim), and daughter-in-law, Stephanie MacLeod of Hamilton Massachusetts; and two grandchildren, Alexander MacLeod Hankin (Alex), of Rochester New York; and Katherine MacLeod Hankin (Katie), of Hamilton, Massachusetts. She is also survived by a brother-in-law, Thomas Hargrave of Pittsford New York; and a brother and sister-in-law, James and Dixie McKelvey of Roswell Georgia; as well as numerous nieces and nephews. Her son, Edward W. Hankin, predeceased her in 1972.

Services for Jean will be privately held at The Cedar Grove Cemetery in Williamsburg.

— an obituary from the Conte-Giamberardino Funeral Home in Georgetown, where online condolences may be left