James Bernard Herberick of New Milford passed away on Nov. 3, 2021, surrounded by his loved ones from complications from lung cancer treatment. 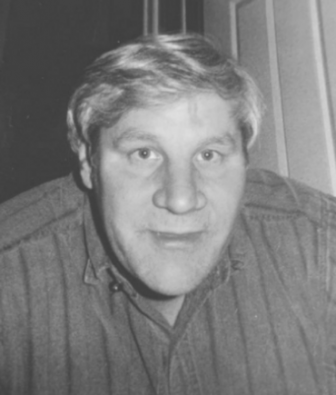 James (Jim) was born on Sept. 7, 1943 to Bernard and Lucy Herberick in Chattanooga, Tennessee. Jim was born on Labor Day and has been laboring ever since!

As a youth, Jim was a state record holder and state champion swimmer at the Stamford Yacht Club. After graduating from Darien High School, he studied business at the University of Oklahoma.

After graduation, Jim owned and worked a pig farm in Oklahoma for several years. While farming had honed Jim’s entrepreneurial skills and penchant for hard work, he found he missed Connecticut.

Back in Connecticut, Jim excelled in sales, becoming a sales champion for Cutco Knives, while also working at Chuck’s Steakhouse and the International Flea Market in Brooklyn, New York.

When Jim was ready to buy a home, he instructed his realtor to drive north from Darien until he found a town he liked in his price range. He found what he was looking for in New Milford, where he married and lived with his daughter, Darcy, and son, Bart.

Jim worked at Kimberly Clark and J.P Stevens. He knew it was his destiny to own his own a business and started New Milford Coffee Service and was affectionately called “The Coffee Man.” He built his own home on Grove Street which he proudly called “Herberick Hill.’

Jim was never idle. He was always thinking of businesses to create, including his water hoop game. He also built and sold copper spinning garden sprinklers and decorative concrete steps.

Jim married his beloved wife of 37 years, Elizabeth Herberick. They called each other Baby Baby and, in 1990, they welcomed their daughter, Elora. That same year, Jim bought property in Hadley, New York and started building Economy Self Storage.

Jim was thrilled when his son, Bart, came to work in the business, and in 2008, they started building Economy Self Storage II. Jim loved to travel and was always a student of history. He enjoyed playing golf but his favorite hobby was working.

Jim had a larger than life personality and loved to talk with people and inspired many. Jim always did things his own way, walked his own path, and was quick to help others. He was a very loving husband, father and grandfather.

Jim was predeceased by his father and mother. He is survived by his wife Elizabeth, children Darcy, Bart and Elora and his granddaughters Lucy and Molly.

— an obituary from Abbey Cremation Service, where online condolences may be left