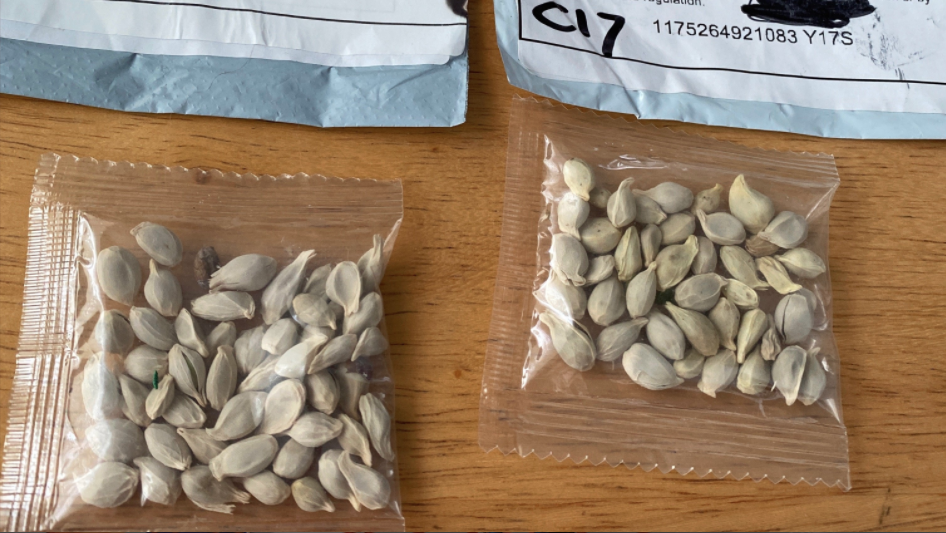 Closeup view of the unsolicited seeds sent to people across the country, apparently from China.

Amid reports nationwide — including in Connecticut — of people getting seeds in the mail that they didn’t ask for, apparently sent from China, the state Department of Agriculture is asking anyone who gets them to report

It isn’t known how safe it is to plant them, because they could be invasive plant species, state officials said in a news release. Here’s the announcement:(followed by an announcement from the U.S. Department of Agriculture):

The Connecticut Department of Agriculture (CT DoAg) and The Connecticut Agricultural Experiment Station (CAES) have been notified that several Connecticut residents have received unsolicited packages containing seeds that appear to have originated from China.

The types of seeds in the packages are unknown at this time and may be invasive plant species. The packages were sent by mail and may have Chinese writing on them. Unsolicited packages of seeds have been received by people in several other states across the United States over the last several days.

Please do not plant these seeds. CT DoAg and CAES encourage anyone who receives an unsolicited package of seeds from China to immediately contact their state plant regulatory officials, Dr. Kirby Stafford at 203-974-8485 (Kirby.Stafford@ct.gov) or Dr. Victoria Smith at 203-974-8474  (Victoria.Smith@ct.gov ).

Please hold on to the seeds and packaging, including the mailing label, until someone contacts you with further instructions. 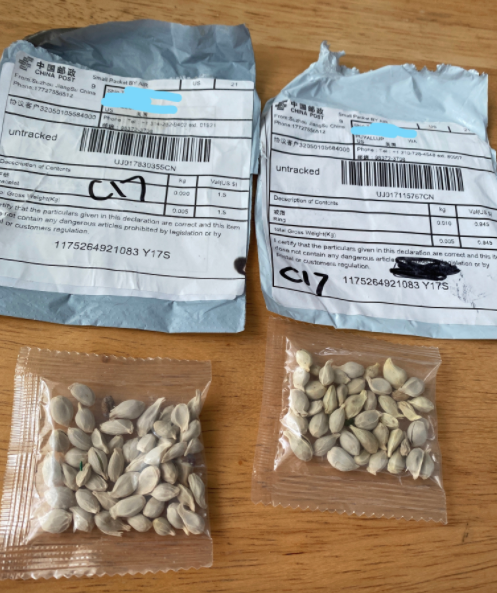 Photo from the Washington State Dept. of Agriculture

Here’s what the seeds (or at least some of them) and the package labeling looks like.

Invasive species wreak havoc on the environment, displace or destroy native plants and insects and severely damage crops. Taking steps to prevent their introduction is the most effective method of reducing both the risk of invasive species infestations and the cost to control and mitigate those infestations.

USDA is aware that people across the country have received suspicious, unsolicited packages of seed that appear to be coming from China. USDA’s Animal and Plant Health Inspection Service (APHIS) is working closely with the Department of Homeland Security’s Customs and Border Protection, other federal agencies, and State departments of agriculture to investigate the situation.

USDA urges anyone who receives an unsolicited package of seeds to immediately contact their State plant regulatory official or APHIS State plant health director. Please hold onto the seeds and packaging, including the mailing label, until someone from your State department of agriculture or APHIS contacts you with further instructions. Do not plant seeds from unknown origins.

At this time, we don’t have any evidence indicating this is something other than a “brushing scam” where people receive unsolicited items from a seller who then posts false customer reviews to boost sales. USDA is currently collecting seed packages from recipients and will test their contents and determine if they contain anything that could be of concern to U.S. agriculture or the environment.

USDA is committed to preventing the unlawful entry of prohibited seeds and protecting U.S. agriculture from invasive pests and noxious weeds. Visit the APHIS’ website to learn more about USDA’s efforts to stop agricultural smuggling and promote trade compliance.