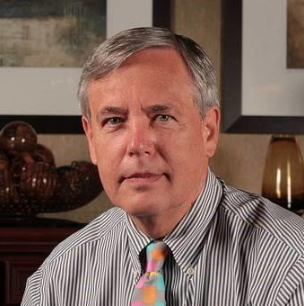 Henry Satterthwaite, 77, passed away on March 10. His funeral is scheduled for April 4.

Hank Satterthwaite died very peacefully, surrounded by loving family on Sunday March 10th at the Connecticut Hospice Care Center in Branford, after a four-year battle with cancer, during which time he was positive and hopeful and living life to the fullest. He was 77 years old.

Born in Washington, D.C. to Adelaide Bristol Satterthwaite and Livingston Lord Satterthwaite, Hank’s young years were spent in Europe as his father was a career diplomat with the State Department.

Proud of Turkish being his first language, he also absorbed the atmospheres of Paris and London, and finally Denmark where his father was acting Ambassador in the late 1950’s.

Hank boarded at the St. James School in Hagerstown, MD, where he received the Headmaster’s Award at his graduation in 1960.

He joined the 1964 class of Yale University where he ran the radio station and majored in Anthropology. Hank joined the ROTC there and was the commandant of midshipmen his senior year, receiving the Navy League Sword for outstanding performance.

After graduation from Yale Hank served in the U.S. Navy as a Lieutenant JG First Class and served two tours of duty in Vietnam from 1965 to 1967. As captain of a Mine Sweeper, he developed a life-long love of being on the water.

After being discharged from the Navy, Hank joined IBM as their youngest marketing manager. Some years later as a director of product ,arketing, he and his family moved to Paris where they spent four fabulous years in the 16th Arrondissement, spending all family vacations skiing in the Alps. While living there, Hank was on the board of the American School of Paris which all four of his children attended.

In 1989, Hank, Anne and two of their closest friends bought a ruin in Ireland which they rebuilt into a wonderful stone home in County Clare overlooking Galway Bay, the Aran Islands and the Atlantic Ocean. Here, many wonderful hours with family and friends were spent around the peat fires, hiking the Cliffs of Moher and discovering the charms of Irish villages.

After twenty years with IBM he left to join Anderson Consulting, traveling all over Asia and Europe. Later, he went on to the Gartner Group (now Gartner) as founder and president of their consulting division. In his last years he was an information technology consultant for several private companies, including Everest and Skills Connection.

Eclectic, involved, and always eager to help, Hank spent many hours as the “family and friends” tech support. From 2001 to 2003, he took time off from IT to open “Mirrors on Madison” in New York City, a branch of his wife Anne’s antique shop, Henri-Burton French Antiques on Greenwich Avenue. He enjoyed this endeavor, especially when the two went together on buying trips to Paris.

Hank served on the board of the Stamford Shelter for the Homeless, (now Pacific House) where eventually he took up the post of chairman. He was also elected to the Board of St. James School, and served for two terms as the finance chairman for the Catholic Church of St. John in Darien.

Passionate about cars and racing Hank went many times to the 24-hour race at Le Mans where he would sleep in a tent near the track in order to follow the entire race. At one point in the 1980s Hank was a scrutineer at Lime Rock Park. All who knew Hank would watch for his “next car” always a point of interest, from a hand-built Sterling, to a 1996 GTS Viper, to a souped-up Dodge Charger. He loved cars!

He was “Poppy” to his 13 grandchildren, upon whom he doted: Kevin, Danny, Kassie, James, Virginia, Kathleen, Maggie, Massimo, Henry, Kyla, Alessandro, Frances and Woody.

In lieu of flowers, donations may be sent to the Connecticut Hospice in Branford or Pacific House in Stamford.