The party is a replacement for the city’s traditional giant balloon Thanksgiving parade, which was also cancelled last year.

The event, from 12 noon to 3 p.m. (but will “loop, in hour-long segments” according to this report in the Stamford Advocate) is sponsored by the Stamford Downtown Special Services District, which has been sponsoring downtown holiday events for decades. No tickets or pre-registration is required. 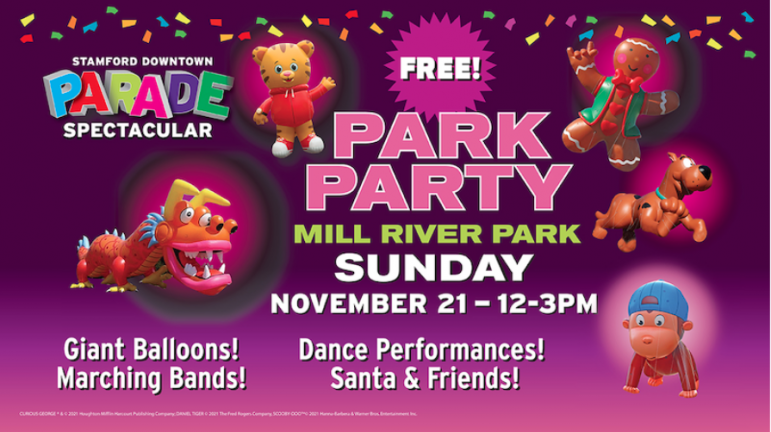 “Join us at a family-friendly event designed to safely accommodate an audience of young and old,” the district says in an announcement. “The event will feature giant helium balloons, Cirque-tacular aerialists, photos with Santa and Friends and more.”

Organizers say the event has been planned “in close consultation with public health officials and community leaders.”

On Dec. 5, starting at 5 p.m., the “Heights & Lights” event will take place, with Santa, some other Christmas characters as well as Darien resident Brian Cashman, the general manager of the Yankees, rappelling down the 22-story Landmark Square building.

The event continues with a fireworks show, and a march up Bedford Street to Latham Park, where Stamford’s “Holiday Tree” will be lit and holiday music will be played.