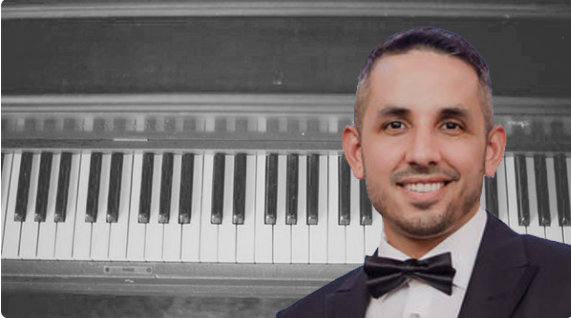 Stephen King’s epistolary novel is perhaps one of the most iconic stories in the horror genre. Frequently banned on account of its taboo content, the tale has been adapted several times in film, including versions in 1976 featuring Sissy Spacek in the title role and 2013 with Chloë Grace Moretz.

Surely, however, the most unlikely adaptation of the book is the one that brought it to the stages of Broadway, Stratford-upon-Avon, and later, Off-Broadway. On the surface, one might surmise that a story of teen angst and bullying that culminates in a telekinetic bloodbath might not translate to a compelling musical.

However, thanks to an excellent score by Michael Gore, “Carrie: The Musical” is an impressive tour-de-force that is sure to provide the audience with a memorable and worthy take on this classic tale.

Register for this musical event!

Previously, he has served on the faculty at CUNY Baruch College, where he was awarded the prestigious “Presidential Excellence Award for Distinguished Teaching,” as well as the Southwestern University of Finance and Economics in Chengdu, China.

Currently, he teaches at Naugatuck Valley Community College, where he was presented with the “Merit Award for Exemplary Service to the College.” At NVCC, Dr. Harel conducts the college chorale, a cappella ensemble, teaches music history and theory, and serves as musical director of theater productions. Outside of teaching, he enjoys staying active as a pianist and vocalist.

This event will take place on Zoom. You will receive an email confirming your registration with a link to join the Webinar after you register for the event.