Elvira Maria McKiernan ‘Vera’ to her friends, family, and all those she knew and loved, passed from this world Sunday, Sept. 5, 2021 in the company of her beloved three sons, Robert Jr., Christopher and Mark. 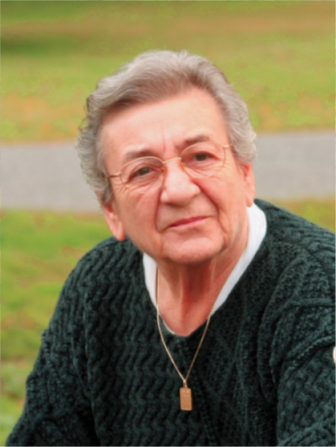 Elvira McKiernan passed away Sept. 5. Her wake will be held on Sunday, Sept. 12, and her funeral on Monday.

Born in Brooklyn, New York in 1932 to Michael and Rosalie Ignelzi (nee Lagana), she grew up in Flushing Queens.

Like her father who, at the age of 13, came to America on his own, from the Province of Avellino in the Apennines Mountains of the Campania region of Italy to pursue a dream; Vera was known for her independent streak.

Even at a young age, she displayed the enviable spirit of embracing every new day with vigor and ambition. Not a daybreak occurred that Vera was not the first to rise to greet and prepare for her family. Not a day ended without everyone else tucked away with a, “Good night, sleep tight. See you in the morning,” before she rested.

She graduated from Dominican Commercial High School in Jamaica, Queens, shortly after World War II, where she prepared for a career in business in New York City.

In short order, Vera became a part of the General Motors family. She rose through the ranks quickly to become the Assistant to the Head of GM’s Overseas Operations Division and stayed loyal to GM until she met Bob and started their family in 1965. She would return to work later in life to join her friend Jo-An at Goodway Technologies in Stamford where she made life-long bonds.

Bob’s career with GTE took the family to Tampa, and Rockland County, New York, before they had the great fortune to settle in Darien, where Vera resided just shy of 50 years. She was an integral part of her block and the Holmes School neighborhood and its community of parents and the classmates of her children in the ‘70s and ‘80s.

She led the cheers at every manner of sporting events and activities of her boys from Little League and the Darien Junior Football League to high school baseball, football, gymnastics and track & field meets. Her voice could be heard amid all others by her sons at all the most crucial moments.

The example she and Bob set for their boys, inspired each to become multiple state champions, high school record-holders and All-Americans in gymnastics and track & field.

By virtue of their parent’s insistence on academics first, the boys earned two college scholarships; admission to an Ivy-league school; and a berth at the 1992 U.S. Olympic Trials that had their mother and father bursting with pride.

Vera had a love of travel. In 1960, she brought her father back to “the old country,” where the “prodigal son” returned to reunite with his family. She shared the family connections taking her boys back in the year 2000 on a “pilgrimage” tour of Italy to connect with their cousins and their roots.

Despite being the “delicate one,” she was a 5-foot powerhouse. Born a Depression era child to a skilled tradesman and a hospital worker, she learned at an early age to use her mind, hands, and wits to achieve her dreams.

Among an amazing variety of talents, Vera learned the skilled trades of masonry and carpentry from her father (or on her own, despite him).  She passed these skills on to her sons who perpetuate the family legacy of being fearless in the attempt of something new or unknown.

Her family was spoiled in that she could have been a renowned chef — and she loved to cook.  It was a talent she shared with joy, privately with close friends, and elaborately for events in the community.

Upon entering her home, the aromas themselves welcomed all visitors and the childhood companions of her boys to the extra places always ready at her table. She passed these legacies to her children with the love, grace, care and devotion she had learned from her own mother, Rosalie.

Vera will forever be remembered by her closest friends Nancy, Linda, Jo-An, Arlene, Maria, Mel & Lisa, Ted & Kitty, Betty & Ed, Shinae & Phil and Jacob & Austin, and so many others in Darien — and by those she touched throughout her life — for what she could inspire in each person she knew, lending her enthusiastic spirit; her fierce loyalty; her strong opinions and guidance; and her delicate compassionate acts that went unspoken. Her sense of humor and mischievous playfulness were instantly recognized, appreciated, and reciprocated by all she met.  She will be missed.

She was the younger sister to Philomena Ignelzi (of Darien and Stamford) and the late Angelina DeLalla (John) of Nanuet, New York. In addition to her sister, she was predeceased by her younger brother, Gene Ignelzi (Cora) and niece, Debbie Ignelzi.  Likewise, Vera was predeceased by her “soul” sister and lifelong friend, Joan Malone (Tom).

Vera was a core “outlaw” member of the in-laws of her husband’s six siblings: Pat, Kathleen, May, John, and Anne, and is survived by the Rev. Vincent McKiernan.  She was friend, confidant, and sister-in-law to Peggy McKiernan (John), Glynnis McKiernan (Pat) and Bob Teates (May) and beloved Aunt to Debra, Glynnis, Patricia, Tim, Liz, Peggy-Anne, Patrick, Karen, Charlene, Gail, Shawn, Thomas, Steven John, Jennifer and their families.