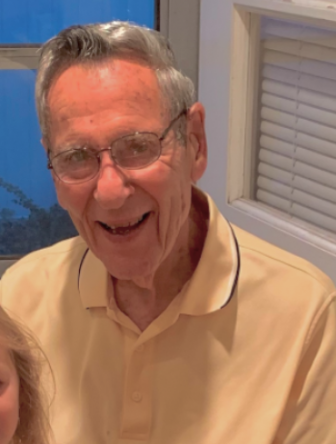 Born on Sept. 23, 1926 in Stamford, he was the son of the late Edward W. and Florence Clark Bachman. Edward was a graduate of Stamford High School.

He served with the U.S. Navy during World War II. He held several positions in accounting and sales throughout his career.

He was active in the Boy Scouts and a member of the VFW. He loved the outdoors and could often be seen working in his yard with a cigar in his mouth. He also enjoyed cruising, fishing, vacations in Maine and a good meal.

A Mass of Christian Burial will be held at 10 a.m., Saturday, Nov. 6, 2021 at St. John Roman Catholic Church, 1986 Post Road, Darien. Burial will follow at Spring Grove Cemetery in Darien.

In lieu of flowers, memorial donations may be made to Constellation Health Service, 14 Westport Ave., Norwalk, CT 06851.