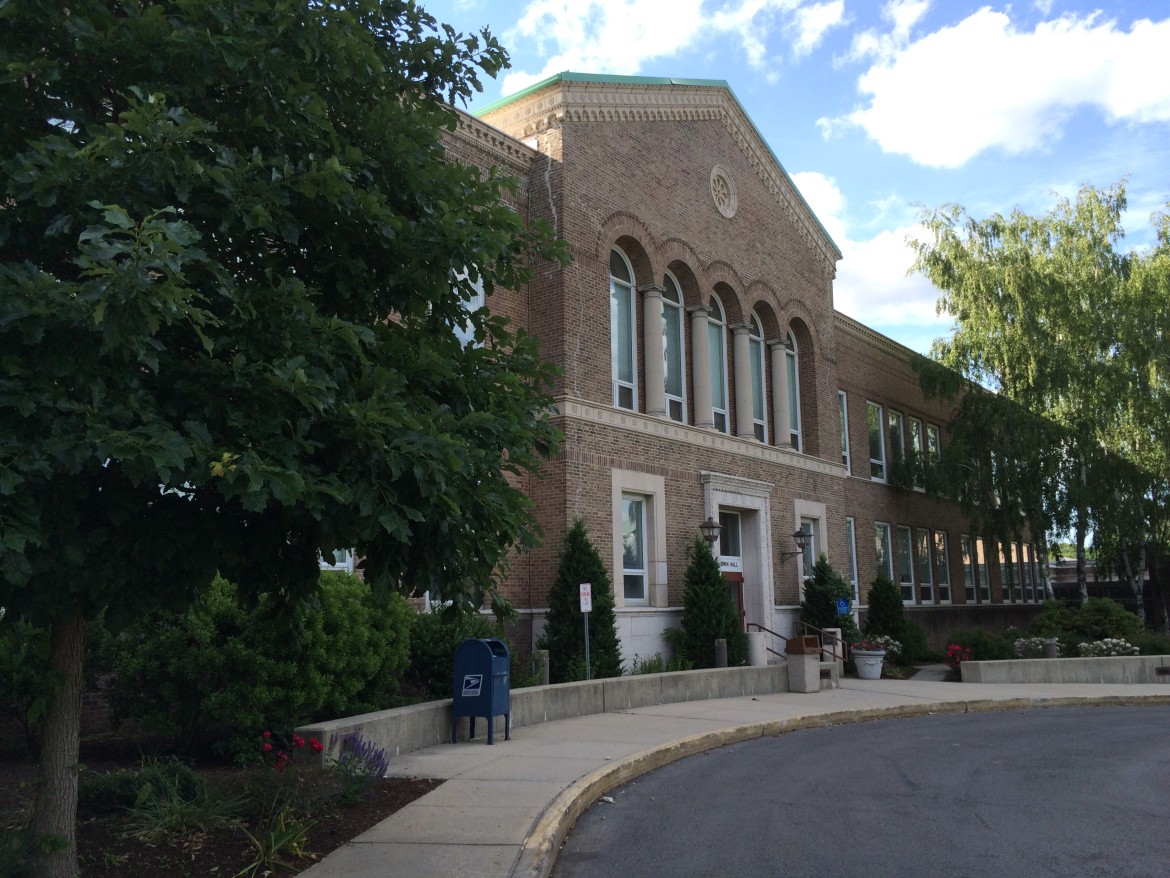 Monday night’s Representative Town Meeting, at which RTM members heard State of the Town addresses, was only one of the public meetings this month where top town officials said Darien is in for years of belt-tightening.

Schools Superintendent Dan Brenner told the Board of Education weeks before that he didn’t expect to roll out any new programs or costly initiatives in the upcoming budget. The only additions he was contemplating were for a few new employees, and he said he expected to make a strong case for them.

The school district’s fiscal forecast showed increases in the budget on the order of 2 to 4 percent a year for the next five years.

In his State of the Town address, Zagrodzky said: “[N]ow is not the time, if there ever is a time, to start new programs or initiatives. That’s not to say the answer should be ‘No’ in all cases, but we should scrutinize any plans to start something new, whatever it is.”

He said that while Stevenson wants no increases in spending requests from town department heads, “I don’t think Dr. Brenner is going quite that low, but I know he is focused on it.”

Zagrodzky also made the point that hiring more employees was incredibly costly over the long run, so he would find it difficult to support any proposals for new hiring.

At a recent Board of Selectmen’s meeting, First Selectman Jayme Stevenson said getting town approval to hire more people would be very difficult this coming budget season.

“Departments will have to do a really great job of proving their case for adding personnel, and I hope the same will be the case on the Board of Education side,” she said.

The Representative Town Meeting is presented with the budget after the Board of Finance approves it.

First Selectman Jayme Stevenson announced at a recent Board of Selectmen’s meeting that Town Administrator Kate Buch, with the support of Stevenson and the board, was telling town department heads to come in with budgets that were even with this year’s, unless they had some overwhelming reason not to and could make a case for a higher budget.

That forecast, is not an assertion of what town officials intend to implement, but gives them an idea of what spending and revenue pressures they’re under.

But that’s only if the state doesn’t make towns pay a third of the costs of teacher pensions, a proposal that still could be implemented, since the state’s budget problems are continuing, Zagrodzky said. If that happens, next year’s tax rate could go up by 8.51 percent, with the next four years of increases at 0.48 — 5.72 — 4.14 — 0.84.

The year 2018 “is not going to be a pretty year in the state of Connecticut for anybody,” Stevenson said at the Board of Selectmen meeting. “We have a very generous community, and our community has always supported the things that we highly value, primarily education, and a number of other important initiatives, like acquiring open space and investing in our roads, our infrastructure.

“But this year is likely to be the first of several where I think we have to be particularly mindful of local taxpayers, because we don’t know what’s going to happen in relation to the state government asking local governments to take on more responsibilities, and we certainly won’t know how our local taxpayers will be able to digest the changes in the federal tax code.”

Stevenson said Buch’s directive to department heads to come in with no budget increases is “a starting point.” Buch added:

“If department heads want to do certain things, then we will ask them to look very carefully at their department to see what other things might need to be changed in order to satisfy their priorities.”

Brenner on the Next Budget

“We’ve been accused of being a little bit aggressive with our rollout of initiatives over the past three years, and […] in some ways, I think that’s fair. We’ve [implemented] a lot and sometimes you need to pause and kind of allow these kinds of initiatives to kind of take hold, and so I think next year a lot of what will be happening is we’ll be continuing a lot of this work that you heard us talking about [earlier in the meeting], a lot of the education work that we’ve spoken about, a lot of the facilities work — we have a lot going on there — so from the perspective of big educational initiatives, we’re not here to bring in a huge [new initiative].

“There are some things that I think we’ve been highlighting, which is we have to continue to roll out that one-to-one initiative [providing Chromebooks or devices, like iPads, similarly connected to the Internet to every student in the district], and that is a big initiative — it’s just not new to you [members of the Board of Education]. But we’ll be budgeting for the continuation of our iPad rollout and continuing 5th grade rollout of the Chromebooks.

Additionally, I would say that there are a few things that we have kind of added [to the budget]. We’ve already had a discussion about Fitch [Academy, which the board gave Brenner to expand to 24 students, with hardly any additional costs, since some of the students would have been going outside the district for education programs that would cost Darien quite a bit of money].

Certainly that’s an initiative [Fitch Academy] that’s ongoing. It comes with a cost impact. That is going to be rolled into our budget plans as we move into the budget season.

“There are two additional spaces that we’re considering as it applies to the budget. One is something that we spoke about last year, and both of htese will come to you with data and with explanations for how we can support these [proposals].

“But first, we did spend some time speaking about it last year, we will flush it out again this year — and that’s the guidance counselor at the middle school. […]

“So one of the things we’ll do is come back to you and outline the need and why we think that’s important, for your consideration.

“The other is a little bit outside the box, and that is the addition of an assistant athletic director. […] I’ll bringing data around that — most specifically comparison data about the number of teams, the number of nights out that we’ve had. I can tell you that our athletic director last year was worked, in essence, 80 additional events-days. […]

“He had commitments, whether it be on Saturdays, Sundays, the holidays and weekdays — 80 additional events. […]

“Our program, like it or not, is [like] a small college program, and when we compare ourselves to several other, similar districts with this makeup, this is something we’ll come to you and ask that you consider.

“So those are the two additional spaces as they apply to personnel.”