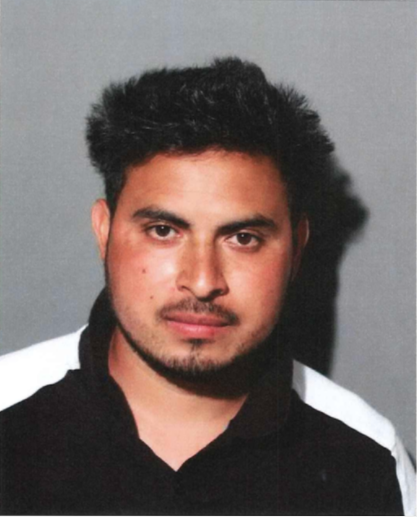 After New Canaan police announced the arrest of a man who, they said, hit a pedestrian with his car and then tried to drown her, a female in Darien told police here that the man looked just like the driver who hit her last month as she was running on Hollow Tree Ridge Road. 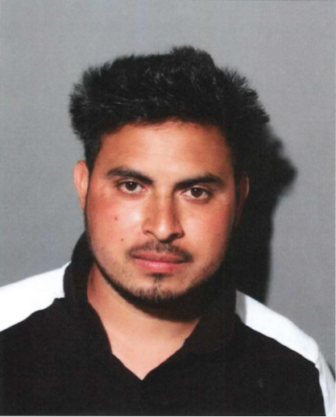 New Canaan police said: Mynor Romeo Alvarado-Canahui, 31, of Norwalk was driving a red Honda Civic in New Canaan late Monday afternoon when he crossed to the left side of the road and struck a woman, then dragged her down a nearby embankment and tried to drown her. Witnesses stopped him and rescued the woman.

As in the description of the New Canaan incident, the car had crossed over to the southbound-traffic lane in order to strike her, the Darien female said. The car paused briefly, and the driver made eye contact with the female before he drove off. She recognized his face when New Canaan police made his arrest photo public.

Darien police issued this request to

Alavarado-Canahui, a resident of Woodward Avenue in Norwalk, was charged by New Canaan police with attempted murder, first-degree assault and first-degree kidnapping .

New Canaan police said the incident there took place at about 4 p.m., Monday, May 25 on the east side of Valley Road, between the intersections of Pond View Lane and Benedict Hill Road, near tributaries that connect with the Silvermine River further south.

Police said Alvarado-Canahui first tried to get the New Canaan victim in his car. When he couldn’t do that, he dragged her to a body of water near the road and tried to drown her.

More on the New Canaan Incident

Here’s the description of the incident and further information from NewCanaanite.com, based on the accusation from New Canaan police:

A witness to the drowning attempt in the area of 1037 Valley Road called 9-1-1 at about 4:09 p.m. on May 25, the report said. Alvarado-Canahui dragged her down an embankment to a wooded area not visible from the road and held her head underwater, it said.

He released her when three witnesses began yelling at him, and responding officers took Alvarado-Canahui into custody on Valley Road after arriving on the scene, police said. He was held on $500,000 bond and scheduled to appear Tuesday in state Superior Court in Bridgeport.

The victim was transported to Norwalk Hospital by New Canaan Emergency Medical Services, police said. Her condition was not immediately known, though she was able to tell police some of what had happened prior to the murder attempt (see below).

“Given that Alvarado is in custody, and that this is an isolated, random crime, there is no threat to the New Canaan community,” Lt. Jason Ferraro, NCPD’s public information officer, said in a press release. “We understand that this incident will cause concern, and as a result, we will intensify our patrols throughout town to reassure our community that New Canaan is a safe town with a very low crime rate.”

The incident occurred on the one-year anniversary of what authorities have classified as the murder of New Canaan mom Jennifer Dulos by her estranged husband, Fotis Dulos. […]

According to police, responding officers found the victim “sitting on the ground surrounded by three individuals who were witnesses to the attempted drowning.” Police found a red Honda Civic with a Connecticut license plate parked, partially blocking the driveway of 1037 Valley Road. It “had visible damage to the front left windshield,” according to Ferraro’s press release.

“Standing to the rear of the car was Alvarado,” it said. “The three witnesses identified Alvarado as the male who attempted to drown the victim.”

The victim had been walking south along Valley Road, on the northbound side facing traffic and she recalled seeing Alvarado-Canahui’s car pass her several times, the report said.

“The victim stated that she thought that the driver of this vehicle might be lost but remembered the license plate’s first two letters,” it said. “The license plate letters recalled by the victim matched Alvarado’s vehicle.”

Ferraro’s report continued: “The victim stated that she did not know Alvarado and that she has never seen him before this incident. The victim said that while walking on Valley Road, she was struck from behind by Alvarado’s vehicle. The investigation determined that Alvarado’s vehicle was traveling southbound on Valley Road and crossed over the double yellow line traveling southbound in the northbound lane and struck the victim from behind as she was walking. The victim’s head hit the windshield.”

Connecticut Judicial Branch records show that Alvarado-Canahui had been arrested on criminal and motor vehicle charges in 2019. Those matters are pending. It isn’t clear what he was charged with, as the records have been sealed.