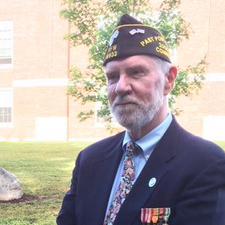 This year’s Darien Memorial Day speaker will be Phillip R. Kraft, a Vietnam veteran, the head of the National Veterans Services Fund Inc. in Darien, a longtime member of the Darien Veterans of Foreign Wars Post and a member of the town Monuments and Ceremonies Commission.

The commission announced Kraft as the speaker for this year’s Memorial Day observance on Monday, May 29, which takes place right after the Memorial Day parade.

“Phil Kraft will speak during the Ceremony held in Spring Grove Veterans’ Cemetery directly following the Parade, which steps off from Goodwives Shopping Center at 10 a.m. sharp,” the commission said in a statement attached to its announcement.

The commission also announced that the parade’s grand marshal will be Ned Goodnow.

“The Monuments and Ceremonies of the Town of Darien and the Darien Parade Committee Chairman, Sara Zagrodzky are honored to have these men participating.”

Phil started as a Family Health Counselor in 1989 for National Veterans Services Fund, Inc., formerly Vietnam Veterans Agent Orange Victims, Inc. He is now President and Executive Director of NVSF, having directly touched the lives of thousands of veterans and their families, helping them to find creative and innovative ways to help them to help themselves, both through the Veterans Aministration and other resources.

Phil is proud to say that NVSF has been able to help veterans and their families from every US war from Operation Iraqi Freedom/Operation Enduring Freedom all the way back to the Civil War!

The 9/11 memorial in Darien, behind Middlesex Middle School, with Phil Kraft

After a brief college experience at Waynesburg University in Pennsylvania, Phil enlisted in the US Army from July 1969 to January 1972. In Vietnam, while assigned to the 59th Signal Company, he was attached to Special Services at Long Binh in 1970.

He served on the Agent Orange Commission in Washington, DC, founded and chaired by retired Chief of Naval Operations Admiral Elmo Zumwalt Jr. Phil was proud to have served on this commission until the Admiral’s death to cancer in 2000. 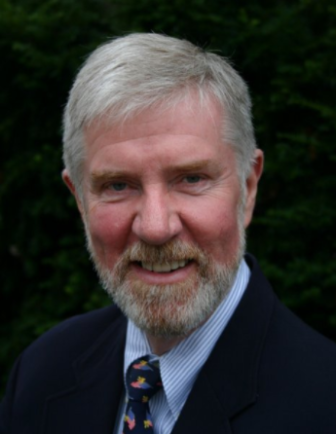 After fifteen years, he stepped down as Post Commander of the Darien VFW Post 6933 in 2015. He has served the CT VFW District One Surgeon, was Past Chairman of VFW State Veterans’ Services, in March 2008, he was appointed to the VFW National Veterans Care Committee and was appointed as a National Aide-de-Camp for 2010.

In 2011, Phil was inducted into the CT Veterans Hall of Fame for a lifetime of service to veterans. He was also selected by Congressman Jim Himes to serve on his Veterans Advisory Board, and has served on his screening committee for appointees to the military academies. This year, he was asked by Senator Richard Blumenthal to be a part of a Statewide Round Table on Toxic Exposure in the Military.

Phil is also a Life Member of the American Legion, Vietnam Veterans of America (VVA), and Veterans of the Vietnam War (VVnW) having served VVnW as their National Agent Orange Advisor since 1995.

He is also a proud member of the Connecticut Patriot Guard. In addition to their military funeral escorts, each December they escort Wreaths Across America as the convoy goes through Connecticut on its way from Maine to the Arlington National Cemetery.

Phil has served the Town of Darien Monuments and Ceremonies Commission since 1994, and has been chairman since 2009. He was named as Grand Marshal for the 2013 Parade. This will be Phil’s last year as Chairman.

Phil is an active supporter of Wreaths Across America in their efforts to place wreaths on the graves of the fallen every December both at our Connecticut Veterans Cemetery and at Arlington National Cemetery.

Phil and his wife Peach have lived in Darien since 1983; they have a daughter, Abigail, and a son, John, of whom they are very proud — just ask them.

Editor’s note: The National Veterans Services Fund, Inc., headquartered in Darien and headed up by Kraft, has been frequently criticized as budgeting too little of the money it raises for actual services and too much for fundraising.

In December 2014, the Tampa Bay Times in Florida named the organization as one of “America’s Worst Charities” and reported that it spent only 7.8 percent in direct cash aid to the people it was set up to help. Kraft told the newspaper the NVSF needed fundraising contractors:

Kraft, who was paid $118,800 in 2011, defended his use of outside solicitors to raise money for National Veterans Service Fund. “To blame a charity for the price charged by our fundraisers is like blaming a driver for the price of gas,” he said.

Other news reports and charity-rating agencies over the years have highlighted the low amounts given by the charity for services: