Bridget Theresa Cusack (née Kinney) passed away peacefully in her home Sept. 19, 2021. She was 78, passing away a day before her 79th birthday. 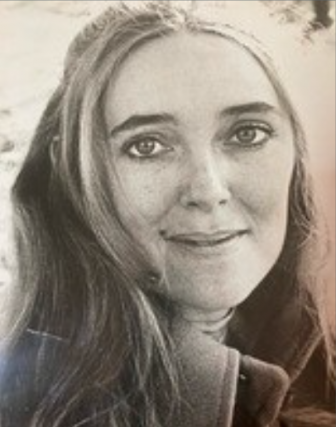 Born Sept. 20, 1943, she was the daughter of Irish immigrants Ann and James Kinney and grew up in Ho-Ho-Kus, New Jersey. She graduated from St. Luke’s High School and the College of Mount St. Vincent.

Bridget, a longtime resident of New York City and Darien, loved to travel, especially to the South of France.

Bridget was a brilliant spirit who gave so much love to those around her. She taught the deaf for more than 20 years in New York City and vigorously fought for the rights of hearing-impaired students. Bridget led the first New York City production interpreted into sign language in association with the Eugene O’Neill Foundation for the Deaf.

Along with her husband, Bridget directed and acted in countless plays in Manhattan and Connecticut, including performances with the Darien Players and at Darien Library. Bridget was also an accomplished playwright and an award-winning painter whose works were shown at the Rowayton Arts Center.

Never one to rest on her laurels, after her retirement from teaching, she graduated from Pace University Law School and devoted her practice to defending victims of predatory mortgage lending pro bono.

Bridget enjoyed reading at the beach, learning new languages, and creating works of art in many forms.

In addition to her husband, Bob, Bridget is survived by her three sons, Brendan, Kieran and Bobby, his wife Joyce; her grandchildren, Kyle, Caroline and Lauren; and her sisters Ann and Kathleen. Bridget is predeceased by her brothers, James Kinney Jr. and John Kinney Sr.

A funeral Mass in remembrance of Bridget was held Friday, Sept. 24 at St. Paul Roman Catholic Church in Ramsey, New Jersey and can be viewed at StPaulRCChurch.org. She was laid to rest on Monday, Sept. 27 at the Kinney family plot in the Maryrest Cemetery in Mahwah, New Jersey.

In lieu of flowers, contributions in Bridget’s memory and in celebration of her life and work on behalf of the deaf may be made to the New York Deaf Theatre.

— an obituary from Van Emburgh-Sneider-Pernice Funeral Home, where online condolences may be left