Brenda Anne Jefferson Crink of Haverhill, Massachusetts, went to be with her Lord in the wee hours of Sept. 22, 2021. She was 85. 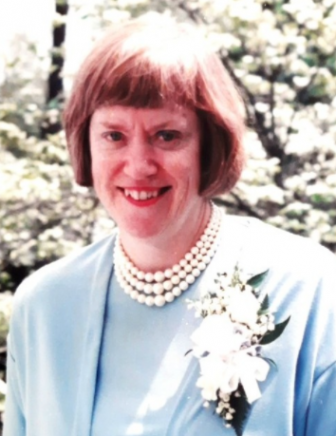 Brenda Crink, 85, passed away Sept. 23. A celebration of her life will be held at Spring Grove Cemetery on Oct. 23.

Raised in Darien, she graduated from Darien High School in 1953, where she enjoyed playing on the Girls’ basketball and field hockey teams.  She continued her love for field hockey by playing with the club team, Stuyvesant, after graduation.

She had many secretarial jobs throughout her life including the telephone company, Dorr Oliver, State National Bank (Stamford and Darien branches), Harley Davidson, Brinks, Ashflash, and Darien Town Hall Registrar of Voters.  Most important was being mom.

Upon retirement she and her husband moved to Inverness, Florida for 23 years until moving to Haverhill to be closer to her daughter and family.

She is survived by her husband, James W. Crink; her youngest brother, David I. Blythe (Debra) of Sheffield Heights, Ohio; her daughter, Wendy Crink Madden (Michael) of Boxford, Massachusetts; and her grandchildren; Ryan, J. Douglas, Benjamin, and Erin.

In lieu of flowers, donations are welcome in gratitude to those who cared for Brenda in her time of need: Resident Care Associates and Nurses at Haverhill Crossings Assisted Living | Checks payable to: HX Holiday Fund, 254 Amesbury Road, Haverhill, MA 01830 or to Care Dimensions/Kaplan Hospice House.

— an obituary from Driscoll Funeral Home, where online condolences may be left

A Tribute to Mom:

Mom loved the color blue and vanilla ice cream.  Her favorite season was fall and she wore the colors associated with the season as they went so well with her brilliant red hair. She never wore red save her bright red lipstick.

She was a tomboy at heart. Who could blame her with six brothers! She loved to play field hockey, tennis, paddle tennis, and go cross country skiing. She loved her bowling league and her team, The Jesters.  Skating at Tilly’s pond was a favorite.  She walked often with her Bischon, “Aimee Leigh of Hollow Tree.”

We often walked at midnight during the middle of a snowstorm around the block when the world was soft, quiet, and lit only by the few street lights along the way.

Mom’s favorite flower was Queen Anne’s Lace.  She cooked good comfort food and hung the laundry out on the line.  She’d swim in the pool in the summer to cool down and drip-dry while she weeded the garden before returning to other housework inside.  We shared butterfly kisses.

She would let me take out my frustrations on her (up to a certain point!) because she knew I didn’t have siblings to fight with.  She taught me how to cook and sew.  We went to local museums and New York City for the Rockettes and plays and French food. Vacation memories of Cape Cod, Canada Lake, New York. She and Dad travelled all through the U.S. and Canada in their fifth wheel.

Mom made my Christmas stocking really exciting because as a child hers were sparse, boring, and had an orange in the toe.  Mine was stuffed with all kinds of little things, individually wrapped.

We would get up early and I’d sit at the kitchen table while she did the dishes from our Christmas Eve party the night before and open up each little item.  She enjoyed it more than me, I’m sure.  Then we’d head out for 7:30 a.m. Mass before heading back home to wake up Dad and get started on our very slow gift opening ritual.

She always called me “Wednesday.” Sometimes people mixed us up and called us Brendy and Wenda.  She’d also called me Motor Mouth and I called her Fast Fork!  She was always on a diet.  But, who doesn’t love Post Corner Pizza and a good family barbecue??  We would always visit Mimi when we were out and about.  Of course Mimi always had “goodies” in her pantry, so — there goes another cookie!

Holidays were always at The Big House.  The house she grew up in.  Mom was always “peas and pies.” Memorial Day and Labor Day family barbecues.  Pig noses with Mark.  “Gotcha Last” with her brothers.  Walking to the high school to watch the 4th of July fireworks.  Uncle Jack played the organ while all the rest sang Christmas Carols.

Her fond memories of listening to “The Shadow” on the radio with her brothers.  The “big boys” would go to the corner store to get candy and then dump it in the middle of their parent’s bed and they all listen. … “Only the Shadow Knows!”  The Europe trip slideshow.  Her great six-week excursion with cousin Nancy, best friend Carole, and other girlfriends on the original Queen Mary.

She coached my Lassie League team, played field hockey in the backyard with me and would walk up to Middlesex Junior High with me and Dad to hit softballs while we waited for dinner to cook.

She was always reading.  She had her special spot on the couch.  She went to all my field hockey games and basketball games.  My very first track meet in junior high, I told her not to come (because I was nervous).  She walked over to the high school anyway and hid behind a tree to watch.  After that, she said “too bad, I’m coming, get over it.” Mom and Dad rarely missed a meet or a game of mine all the way through college.

Most importantly she was there for me.  Always home. I loved how she smelled when I hugged her.  When you are an only child, your parents are truly your best friends in the world. I ache that she suffered from dementia for so many years and then the pain of cancer. I lost “her” years ago and have been grieving her all along.  But, she was still on earth and I could hug her.  I am relieved that she is out of pain and peaceful now.  I love you Mom.