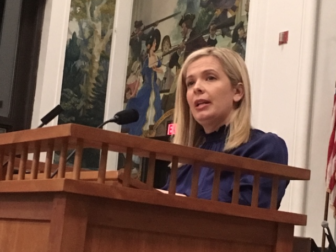 Tara Ochman, chairperson of the Board of Education, delivering a State of the Town address at a Representative Town Meeting session.

— an announcement from Bob Duff

The 17-members board reports to the State Board of Education, the governor, and the Legislature’s Education Committee. All members are appointed to four-year terms.

“Tara has done a tremendous job leading the Darien Board of Education,” said Duff, a Democrat who’s Senate district covers all of Norwalk and part of Darien. “She has spearheaded a number of school safety initiatives, strengthened teaching best practices, and oversaw the effort to add more solar to make Darien greener and save taxpayer dollars. Tara will bring great experience and know-how to this advisory council which will benefit students across the state.” 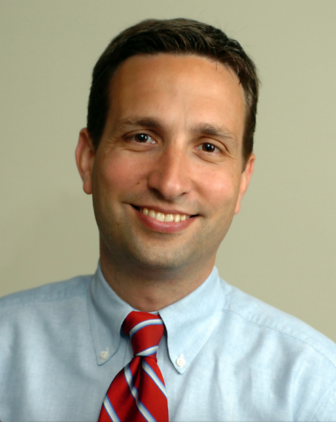 “I am honored to join this advisory council and thank to Senator Duff for the opportunity to serve,” said Chairperson Ochman. “From the parents to the teachers to the administrators in our educational system, we must all strive to provide our students with an academically rigorous education and the social-emotional skills they need to succeed in today’s world. Working together with education partners from every corner of Connecticut I know we can make our state’s education system even better.”

Ochman, also a Democrat, was elected to the Darien Board of Education in 2017 and later was elected chairperson. Ochman and her husband moved to Darien in 2007 with their three children.

She has been involved in a number of community groups including the Darien Arts Center, St. Thomas More Church, the management board for St Luke’s Parish School, the Ox Ridge PTO, the Council of Darien School Parents, and the Darien Library Board of Trustees.

Before moving to Darien, Ochman served on a number of political campaigns in New York City and New York state. Following her political work, Ochman was the executive director of the New Democracy Project, a public policy institute. She is a graduate of Lafayette College with a B.A. in government and law.