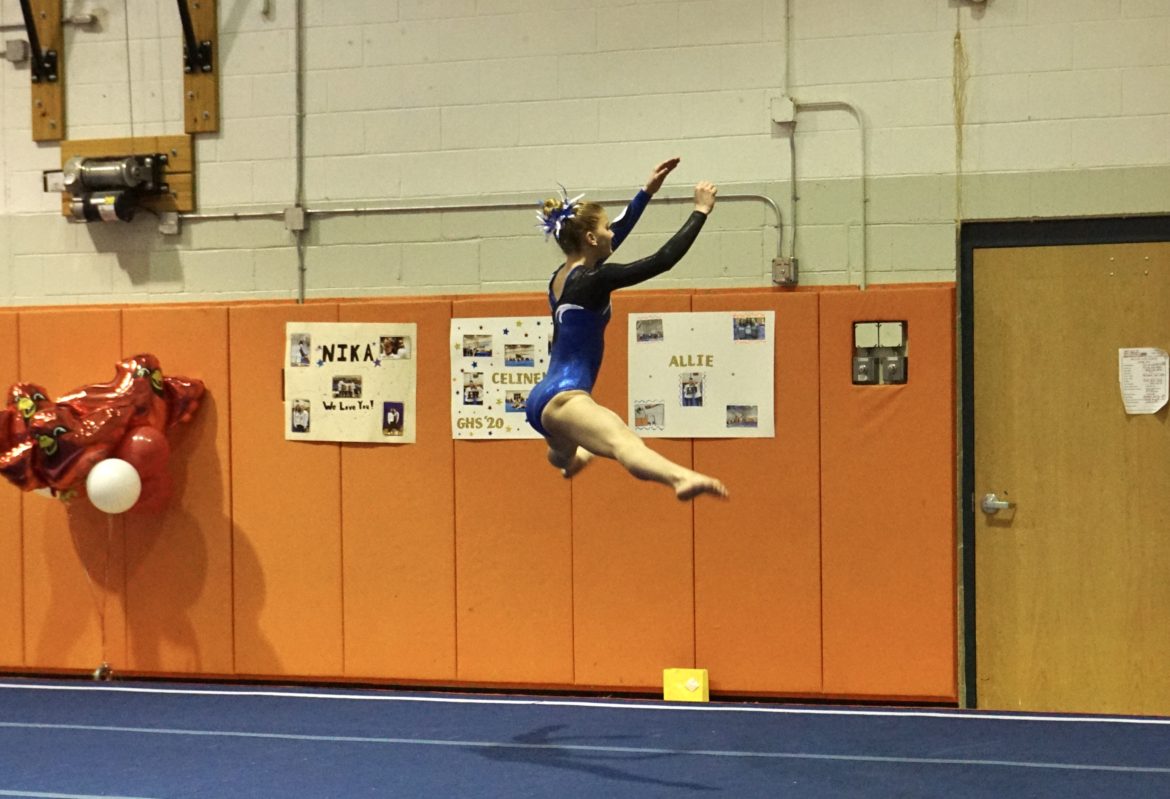 The Darien High School Girls Gymnastics Team didn’t win against Westhill High in Stamford at a meet there on Jan. 28, but two days later it recaptured its momentum against Greenwich.

— This article, by Holly Russell, is from the team.

“We’re working on a positive mindset. It’s been a tired day,” co-captain Lana Schmidt said at Westhill after a week of midterm exams.

The team trailed Westhill 124.55 to 128.8. Darien did surpass New Canaan (105.3) at the meet as well as Stamford High School, which competed but lacked the required number of gymnasts to place.

Two days later in Greenwich the Wave recaptured its momentum,  crushing beam routines and as usual, vault, for a 131.6 to 128.4 win. 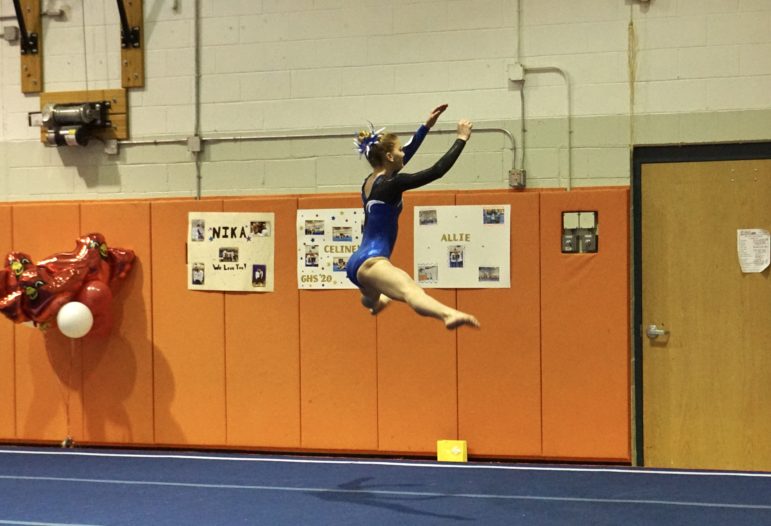 “This is exciting,” Schmidt said after a gut-clenching double back handspring that broke her 8.85 season beam record at Pomperaug and earned her a 9.

Schmidt came next, 34.1,  followed by sophomore Maggie Russell, 30.7, and junior Lucy Collins making her all-around debut this season with a 30.3.

The breakout event at the Greenwich meet was beam, where Wave gymnasts topped their  31.01 at Westhill by more than three points — 34.2 and Darien’s highest overall beam score this year.

How did they do it? Add Schmidt’s 9 to Perkins’s 8.6 and two sophomore personal bests, an 8.5 split leap split quarter on by Sommer Schmidt and, with poise and focus, Megan Cutler’s 8.1. 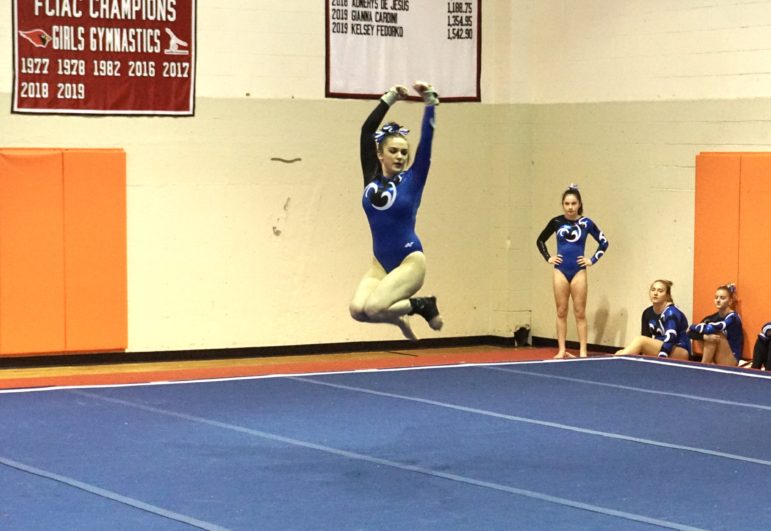 But scores don’t tell the whole story. Win or lose, heart counts too.

In Stamford, Cyndi Lauper’s “Girls Just Want To Have Fun”blasted over the speakers. Mascot Skippy the alien, a small stuffed toy, sat on the judges tables rooting for the team. Down a gymnast because all-arounder Perkins couldn’t make the meet, other athletes filled in for her, competing in events for the first time said Coach Judy Zakim.

In addition to bars, her traditional event, freshman Alex Decsi slammed an 8 on vault. Collins joined freshman Mia MacDonald, a talented regular competitor, on bars, and with a double back handspring scored 7.6 on floor.

Other standouts included freshman Abby Kissko, whose relaxed and balanced 7.95 on beam and lofty 8.4 twist on vault were her highest scores yet for those events this year.

“And Megan got her front tuck front tuck on floor,” said co-captain Kerry McDermott. “Everybody is becoming more well-rounded.”

[Editor’s note: Lauper lived in Stamford for three decades before moving in 2018, but nice to see Skippy the alien is still there.

[Second editor’s note: larger pictures were provided by the team soon after this article was published.]