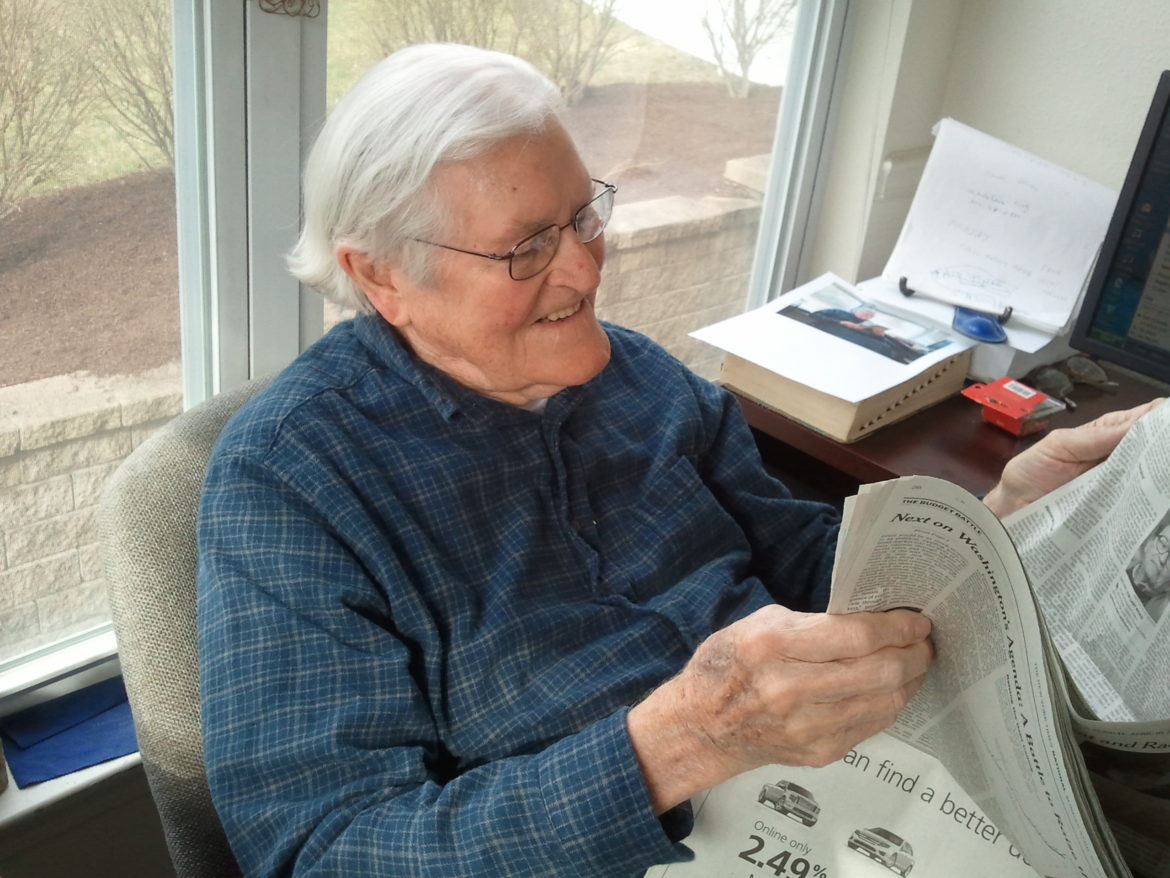 Samuel A. Schreiner, Jr., decorated veteran, civic activist and author of over a dozen books, along with numerous articles for leading national and international periodicals, died at his home on Jan. 14. He was 96 years old and a resident of Darien for 66 years. 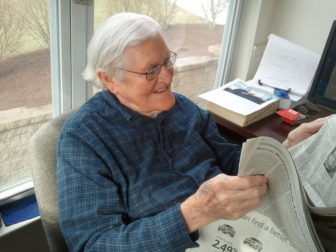 Among Mr. Schreiner’s ongoing contributions to his community were the summer Sunday morning services at Weed Beach, which he organized as an elder of the Noroton Presbyterian Church.

Early on, as secretary of the Darien Library board, he took part in the planning and funding of the former library building (1957-2008) located on Leroy Avenue.

With his wife Dorrie, and Gordon Aymar he helped organize the annual Darien Art Show. In the early 1970s he also acted as town appointed chairman of Centerstone, a hotline and drop-in center for youth.

Like so many others of his generation, on Dec. 8 of 1941, he waited in line to join the war effort a day after Pearl Harbor. In a matter of months he was off to China as an aide to Gen. William Donovan, head of the Office of Strategic Services, in Chungking.

Later in India, Mr. Schreiner was recruited as a cryptographer for OSS Detachment 101 operating out of Nazira to train members of the Kachin tribe in North Burma as intelligence agents and guerrilla fighters. Lt. Schreiner was awarded the Bronze Star Medal for his service.

Mr. Schreiner married Doris Ann Moon in Englewood, New Jersey in 1945. They resided in Mt. Lebanon, N.J., where Mr. Schreiner began his writing career as a reporter on the Pittsburgh Sun Telegraph. The couple moved to Darien in 1952, where they would live for the next 60-plus years.

Mr. Schreiner became one of the active “Darien Winter Commodores” for over 15 years, sailing dinghies on ice cold Sunday afternoons. During the summers he sailed and volunteered for race committee duties at the Noroton Yacht Club where he edited a history of the organization.

In 1960 Mr. Schreiner and his family lived in Chiengmai Thailand where his wife taught ceramics to instructors at the the McKean Leper Colony. While there, Mr. Schreiner, as a journalist, reported on the Laotian Civil War .

An assignment as assistant managing editor at Parade led to a position in 1955 on the editorial staff of Reader’s Digest, resulting in him becoming a senior editor there. After retirement he traveled the world, continuing his collaboration with the Reader’s Digest as an writer for the magazine’s many editions.

After leaving the Reader’s Digest Mr. Schreiner continued to contribute articles to the New York Times and published his first novel, Thine is the Glory. There would be several more books over the next thirty years – a varied mix of novels, non-fiction and biographies. His defense of one of Americas first ladies in The Trials of Mrs. Lincoln caused something of a stir in historical quarters.

Mr. Schreiner’s last non-fiction book, The Concord Quartet, made him an authority on the life and times of Ralph Waldo Emerson. At the time of his death, Mr. Schreiner had a novel in progress called Love in War and set in Darien (Middlesex Parish) during the Revolutionary War. It was to be his last gift to the town he called home for most of his life.

Mrs. Schreiner died in 2012. Samuel Schreiner leaves two daughters, Beverly Carroll of Vienna and Carolyn Calder of Manhattan, along with a grandson, Ryder Carroll of Brooklyn.

A memorial service will be held at Noroton Presbyterian Church Chapel at 2 p.m., Friday, Feb. 2. Donations may be made to Caring Hospice Services, 456 Glenbrook Road, Stamford, CT , 06906.