Fairfield University Art Museum is presenting an exhibit of photographer Larry Silver’s works along with a lecture and an opening reception on March 24 and a panel discussion on March 26.

“13 Ways of Looking at Landscape: Larry Silver’s Connecticut Photographs,” is a solo exhibition of more than 100 works by Silver, on view March 25 to June 18 in the Walsh Gallery in the Quick Center for the Arts at Fairfield University.

Silver — a Photo League inspired photographer still working today — moved from Greater New York to Westport in 1973 and began exploring the area with his camera. 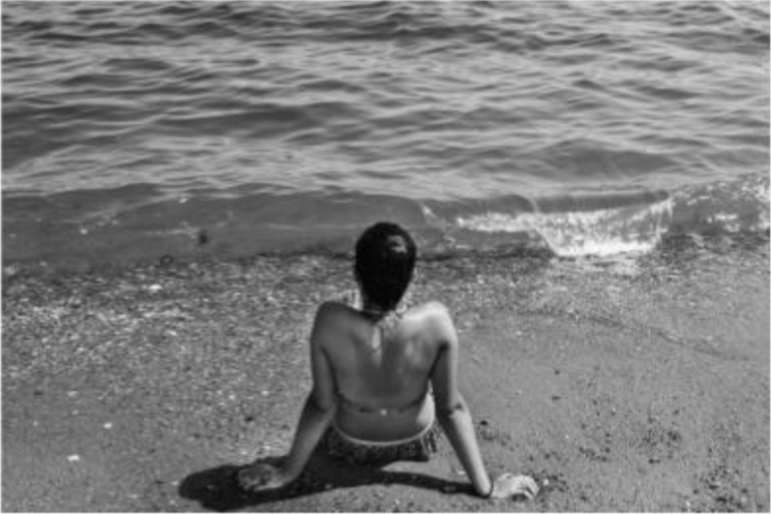 Courtesy of the artist and Bruce Silverstein Gallery, New York

This exhibition, guest curated by curator and art historian Leslie K. Brown, will bring together over 40 years of Silver’s work, made of and in Connecticut, and consider how he continues to push the boundaries of what landscape and looking are, and can be.

Silver has written that his move to Connecticut “opened my eyes to a whole new direction in photography” and the new images “made me feel reborn.”

The first part of the exhibition’s title is a nod to poet Wallace Stevens, who also called Connecticut his home for decades, and specifically his poem, “13 Ways of Looking at a Blackbird.” Curator Leslie K. Brown explains, “Both Silver and Stevens share several synergies between their work, including focusing on the natural world and examining subjectivity, syntax, and seeing.”

The installation at the Fairfield University Art Museum’s Walsh Gallery will echo Stevens’ iconic poem and be installed in clusters. Similar to what Stevens called “sensations,” each grouping of Silver’s photographs will gather images across several of his series and reflect upon different facets of his work.

Exuding a sense of quiet contemplation and a studied approach, Silver engages ideas of observation and framing in his lyrical compositions. Many of his photographs, for example, feature figures looking out at the view or back towards the photographer, along with scenes seen through and transformed by weather and atmosphere, light and shadow, perspectives and formats, and nature and the built environment.

The exhibition will be accessible online through the museum’s website as a video tour, and events connected to the exhibit will be presented both in-person and streaming online at TheQuickLive.com.

Larry Silver was born in the Bronx in 1934, and has called Westport, Connecticut his home since 1973. Silver began photographing while attending High School of Industrial Art, now High School of Art and Design, in Manhattan. During his senior year, he submitted his portfolio to the Scholastic-Ansco Photography Awards and won a full scholarship to the Art

Center School, now the Art Center College of Design, in Los Angeles. While on the West Coast, Silver photographed beachgoers, gymnasts, and bodybuilders at Santa Monica Beach, which resulted in his acclaimed series “Muscle Beach.”

When he was in high school and photographing in New York City’s boroughs, Silver met many members of the prestigious and progressive Photo League, a collaborative group of documentary photographers, including Lou Bernstein, Louis Stettner, and W. Eugene Smith.

A few years after graduating college, he returned to New York and opened his advertising studio in 1960. For many decades, Silver had a robust and successful career in commercial photography and maintained a personal darkroom, as he felt that creating a print is as important as taking a picture.

In between photographing for clients, he also taught studio photography at the School of Visual Arts and took film classes at New York University.

He is represented by the Bruce Silverstein Gallery in New York, where he has had four solo shows and was recently included in their 20th anniversary exhibition.

In 2006, Silver received a Lifetime Achievement Award in Visual Arts from Westport Arts Advisory Committee. More information and work can be found at www.larrysilver.com.

Leslie K. Brown is an independent curator, scholar, and educator who specializes in the history of photography and modern and contemporary art. She holds a PhD in the History of Art & Architecture from Boston University and an MA in Art History from the University of Texas at Austin.

A former curator at the Photographic Resource Center in Boston, Brown has also worked as a museum educator at the Cheekwood Museum of Art and the Austin Museum of Art. In addition to dozens of exhibitions curated or coordinated at the PRC, she has also guest curated exhibitions for the deCordova Sculpture Park and Museum and the Provincetown Art Association and Museum.