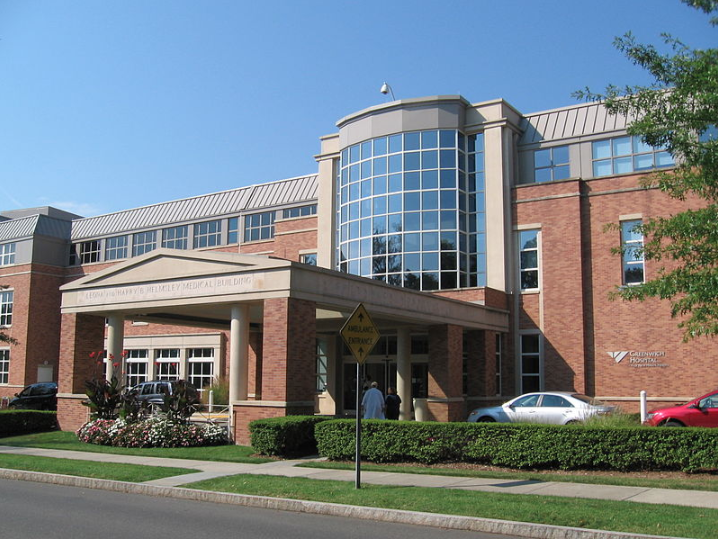 A statewide Zoom press conference on Tuesday with leaders of Yale New Haven Health included Greenwich Hospital CEO Norman Roth, who said his hospital’s first COVID-19 positive case was on March 14, and as of Tuesday, the number had risen to 107.

— This article originally was published by GreenwichFreePress.com. You can watch the entire online news briefing (almost 54 minutes long) on the video attached to this article.

“The community has been so supportive of our staff throughout this crisis,” Roth said. “On a daily basis we are getting food through charitable donations, residents and restaurants to take the burden off trying to eat, for staff.”

Roth said Greenwich Hospital had discharged 117 COVID-19 patients to their homes or after-care facilities, with 67 discharged just this past week.

As of Tuesday there were 24 patients in the ICU, of which 22 were on ventilators.

As of Tuesday, 60 staff had tested positive for the virus, he said.

“Those original employees and physicians (who tested positive) several weeks ago are now starting to return to work,” he added.

Roth said staff are working extra shifts to fulfill the demand because of the growth from 10 to 30 beds in intensive care. Shifts are 12-hours long. 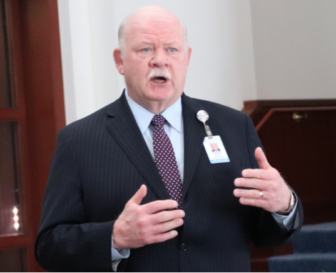 “Fortunately since the rise of COVID-positive patients follows the commuter migration path out of New York, there is limited impact on the system’s hospitals  in New London and Westerly, Rhode Island.”

Borgstrom said staff in the system are moving from east to west to increase staffing where needed.

For example ICU nurses from Lawrence & Memorial Hospital in New London and Bridgeport Hospital are coming to Greenwich and Stamford.

“We’ve called in additional physicians and added intensivists from throughout the system and from the and Westmed organization in Westchester who have privileges in our ICU,” Roth said.

Roth said the hospital also has places for staff to stay, including 32 apartments on the main campus. They have also contracted with J House Hotel in Greenwich for blocks of 10 rooms at a time.

“Unfortunately and sadly, 16 people have passed while at Greenwich Hospital,” Roth said. “In preparation for all the activity we began looking at our distribution and allocation of beds.”

The hospital has been able to increase its 206 beds to 294 through a variety of strategies.

“One of the first things we did was to shut down our in-patient pediatric unit, and all pediatric inpatients will all be admitted to Yale New Haven Children’s Hospital,” he said. “We then reduced from 34 beds to 27 beds to increase capacity. We also started looking at other ambulatory areas through the hospital.”

“We’ve further reduced maternity beds down to 19, increasing medical/surgical capacity throughout the organization, and through identifying six outpatient and external areas at Holly Hill ambulatory surgery center, we have capacity for additional 84 beds, bringing the total capacity of Greenwich Hospital, including maternity, to 294 beds.”

“We have staffing plans in place to meet that need should it arise,” he added. “But getting staff and keeping them healthy is a concern.”

As for improvements in testing, Dr. Balcezak said both the number of tests and turnaround time have improved. “But it’s nowhere near where we’d like it to be.”

Now they are able to do 1,500 tests per week across the Yale New Haven Health system using the Cepheid Gene platform, done on hospital premises. Those tests turn around in just a few hours. However, they are limited by the availability of the cartridges from the company and there is a national shortage.

At the outpatient specimen collection centers across the southern part of the state, including the one at the Greenwich Hospital parking garage, priority for testing is being given to inpatients and health care workers.

Tom Balcezak, M.D., Yale New Haven Health chief clinical officer said the system had received an allotment of 600 tests per day they can send to the Mayo Clinic for two-day turnaround.

Roth said the hospital is testing about 125 people a day in the employee garage, with a positive rate of about 35%. “When we start seeing the percentage of positive results start to decrease we’ll know the curve is flattening.” 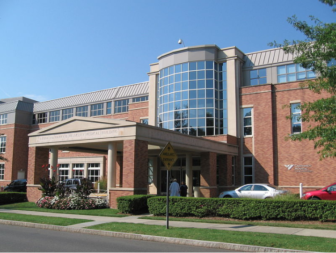 Balcezak said it’s possible to do 1,500 tests per week across the Yale New Haven Health system using the Cepheid Gene platform, done on premises. Those tests turn around in just a few hours, but the hospital is limited by the availability of the cartridges from the company that makes them, and there is a national shortage.

An allotment of 600 tests per day had been allotted from the Mayo Clinic. Those have a two-day turnaround.

“Our concerns continue to be the availability of ventilators,” Roth said. “We currently have 20 ventilators that not being used. Yesterday we received 7 from state of Connecticut, and we appreciate the State’s support.”

Borgstrom said the burn rate of masks in particular is increasing.

Last week 1,300 N95 respirators were used per day across the Yale New Haven System, and over the last few days they went through 3,000 per day, with the increase attributed to the  higher number of patients.

“We’re collecting the masks that are not soiled or damaged and have the capacity to reprocess more than what we’re using every day, using hydrogen peroxide vapor,” said, adding that the marketplace has tightened.

Dr. Balcezak said prior to the outbreak the N95 respirator masks cost 50¢ apiece on the open market. “Now it’s over $6.00 per N95 respirator if we are able to find them.”

“If we said it works, we’d no longer call it experimental. […] We’re not sure whether it can help patients get better from the virus without side effects. […] We do not believe it is a therapy that should be used outside a hospital setting.”

“As of now there are no proven therapies,” he said.

Asked about the curve, its peak, and how steep the downside of the peak might be, Borgstrom said, “That’s that’s the $128,000 question.”

“The first week we began tracking, we were seeing a daily increase of 15-16% a day. Ten days ago we saw a spike particularly in Greenwich, but also in New Haven and Bridgeport,” he said. “The trends lines have flattened out. Last week there was 10-12% increase a day. Today’s trend is more around 7%. Look at that and the news coming out of New York.”

“We’re hoping that the social distancing, hand washing, cleaning surfaces measures may be flattening out the curve,” Borgstrom added. “We still see models that project a peak within the next 15 days, but they’re imprecise. I’m seeing the arc of that curve is slowing down and tailing off.”

In her final comments, Borgstrom said, “This is not a sprint, this is a marathon.”

“Communities can make a huge difference in how this goes in the next couple months by heeding social changes mandated by the Governor’s executive orders,” she said.