For a safe, interesting outing as the warm weather wanes, you can try the Norwalk Seaport Association’s sunset cruise on Wednesdays through Sundays, with two daily cruises on Saturdays and Sundays.

(This description is from the Norwalk Seaport Association, with information on making arrangements at bottom.)

A cruise with the Seaport Association from the Norwalk Harbor into Long Island Sound is blissful on an autumn day. This cruise is just long enough, about two hours, to feel refreshed and recharged when you are back on land. There are 25 islands that stretch about six miles from Norwalk to Westport located about a mile off the coast.

Geologically, the islands are considered to be terminal moraines that consist of materials left by the last glacier. Some islands are rather large and others are mounds of boulders, silt, clay, sand, and vegetation from trees and beach roses to tall seagrass that sways in the breeze.

These islands act as a barrier to rough seas and are one of the things that boaters like about Norwalk Harbor. This area is designated as a federal navigation channel of recreational and small harbor variety. 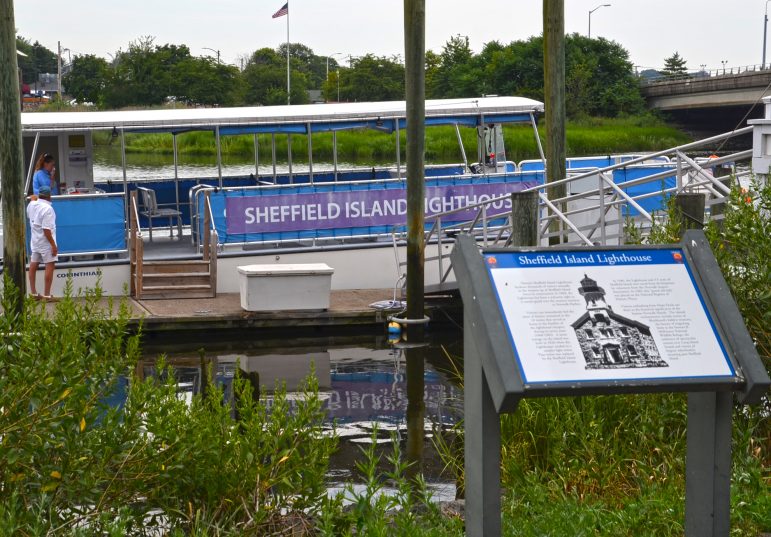 The boat docked at Sheffield Island

The cruise begins just past the Metro-North Rail Bridge and goes under the Stroffolino Bridge, a bascule bridge spanning the Norwalk River that swings upward to provide clearance for boat traffic. Mr. Stroffolino was active in the passage of a bill in the 1949 General Assembly that gave the bridge and Rte. 136 to Connecticut.

As the vessel makes its’ way through Norwalk Harbor and into Long Island Sound, passengers will see Isochoda Yacht Club, one of the oldest in America founded in 1886, and Calf Pasture Beach that was used for disembarkation and encampment during the Tryon raid of the American Revolutionary War in 1779.

Passengers will also glide by many of Norwalk’s Islands, many with large homes on them including “Tavern Island” that was the home of Billy Rose in the 1920s, a famous entertainer and bootlegger that used this island for rum-running. 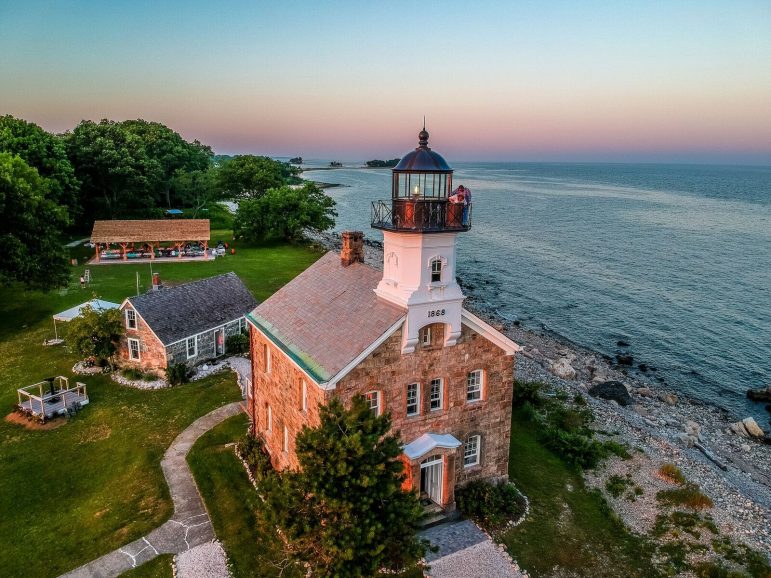 Sheffield Island Lighthouse in Norwalk Harbor on a beautiful day

The Islands of Norwalk are surrounded by oyster beds that are marked by stakes with red flags on them. At one time oystering was one of the lynchpins of Norwalk’s economy and the city’s primary industry.

Oystering declined for many reasons in the 19th century, but today in the 21st century it has made a strong comeback. Part of the thrill of a cruise to Sheffield Island is to watch the oyster boats hard at work.

Watching oystermen hauling up their catch of the day is an activity that has embodied the history of Norwalk for centuries and is still a commodity that the city is known for. 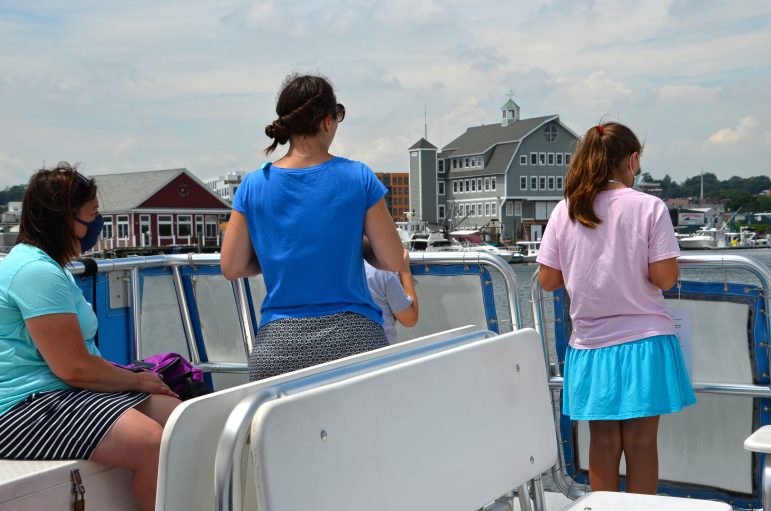 A highlight any time of year on this cruise is to get a water view of the three historic lighthouses that lie off Norwalk’s coast, two spark plug lighthouses, Greens Ledge and Peck Ledge and, the iconic Sheffield Island Lighthouse, the crown jewel of Connecticut’s maritime heritage.

Located on the 57-acre Sheffield Island the Lighthouse is on the National Historic Register and is owned, maintained, and preserved by the Seaport Association. In addition to the lighthouse, there are many wading birds that make the island their home including the roseate tern, Brant, scouter, black duck, and other waterfowl.

Nesting birds on the island include ospreys and herons. Always keep an eye peeled for harbor seals that frequent the southwest end of the island.

The vessel is limited to twenty-five passengers and masks must be worn throughout the entire cruise.

The vessel is also available for charter, for additional information call 203-838-9444.