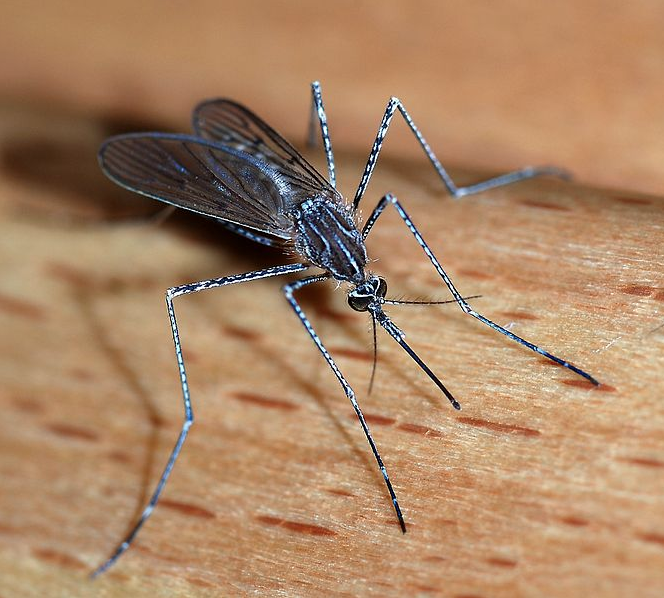 Picture by user Alvesgaspar on Wikimedia Commons. Caption there: "A female mosquito of the Culicidae family (Culiseta longiareolata). Size: about 10mm length"

The State of Connecticut’s Mosquito Management Program has announced that mosquitos trapped in Darien on Oct. 7 tested positive for Eastern Equine Encephalitis (EEE). 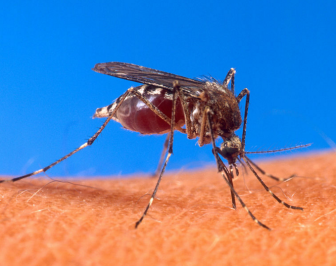 — an announcement from Darien Health Department

This is the first time mosquitos in Darien have tested positive for EEE since October 2009. The Connecticut Agricultural Experimental Station will continue to monitor the situation in Darien.

Mosquitos will be trapped weekly throughout October until no virus is detected or mosquitos are no longer seen in the area. Mosquito breeding season is over and the overall number of mosquitos continues to decrease.

The risk of transmission of mosquito-borne diseases is low, but is not yet zero. The 10-day forecast for Darien is for mild weather.

However, residents should continue to take precautionary measures that prevent mosquito bites — especially on warmer days.

What You Can Do

Risk for mosquito-borne disease is virtually eliminated by the first local hard frost which kills most remaining adult mosquitoes. 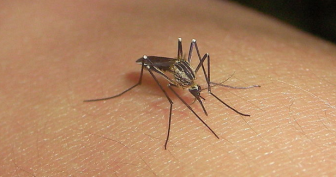 A hard, or killing frost, is defined meteorologically as two consecutive hours of temperatures below 28 degrees Fahrenheit or three hours below 32 degrees. This will occur at different times for different communities, and there may even be variation within communities based on local geography.

Although mosquitoes are not killed until a hard frost occurs, they are extremely unlikely to be active when temperatures fall below 50 degrees in the evening, and communities may wish to consider this information when making decisions about scheduling or cancelling planned outdoor events late in the season.

No human cases of EE have been reported in the Darien area.