Joshua Gersen will be the guest conductor in two concerts performed by the Greenwich Symphony this weekend as the search continues for a permanent conductor.

— This article is from GreenwichFreePress.com.

The program will open with “The Golden Palace,” a celebratory, lively and joyful work from “Sun Warrior” by Eleanor Alberga. 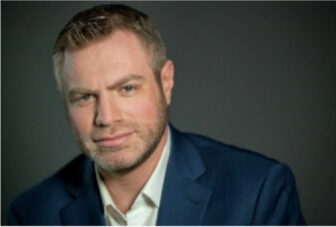 “In this piece, Elgar took a simple melody he wrote while improvising on the piano one day, and wrote a series of variations of this tune,” Gersen said.

“Each variation was inspired or meant to depict one of his friends and colleagues. It’s a very charming, personal and beautiful piece of music. But there’s also a bit of mystery to it.”

The concerts will take place in Greenwich High School’s Performing Arts Center on Saturday, Feb 26 at 7:30 p.m. and Sunday Feb 27 at 3 p.m.

Click here to purchase tickets. Tickets are valid at either performance; seats are unreserved. Proof of vaccination will be required at the door. Adult tickets are $40, student tickets are $10.

In addition to candidates Melisse Brunet, Martin Majkut, Stuart Malina and Ransom Wilson, Gersen is vying for the position of permanent conductor.

“These concerts are extra special for me as I grew up in Fairfield County, not far from Greenwich, and I remember going to see the Greenwich Symphony Orchestra perform as a student several years ago,” Gersen said in an interview.

“We’re very lucky to be joined by pianist Sara Davis Buechner, one of the great American pianists of the day,” Gersen said. 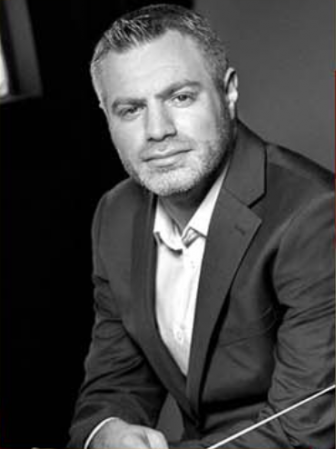 A respected composer as well as conductor, Gersen is a champion of contemporary music and was Principal Conductor of the Ojai Music Festival in 2013, where he led numerous performances by celebrated American composers such as Lou Harrison and John Luther Adams.

He also remains passionate about the core classical repertoire, in particular the German and Russian masters, as well as the classic American composers, including Copland, Gershwin, Barber and Bernstein.

Gersen has enjoyed a very successful relationship with the New World Symphony and since his conducting debut with the San Francisco Symphony has been invited back numerous times to conduct a variety of concerts.

He earned his undergraduate degree in composition from the New England Conservatory of Music in Boston and received his degree in conducting from the Curtis Institute of Music in Philadelphia.

Gersen will speak at the Greenwich Retired Men’s Association on Feb. 23 in a conversation format with the RMA’s Gerald Pollack.

You can watch the talk via Zoom. Alternatively, you can attend the talk, which is free and open to the public. Proof of vaccination and booster required, and masks are required.