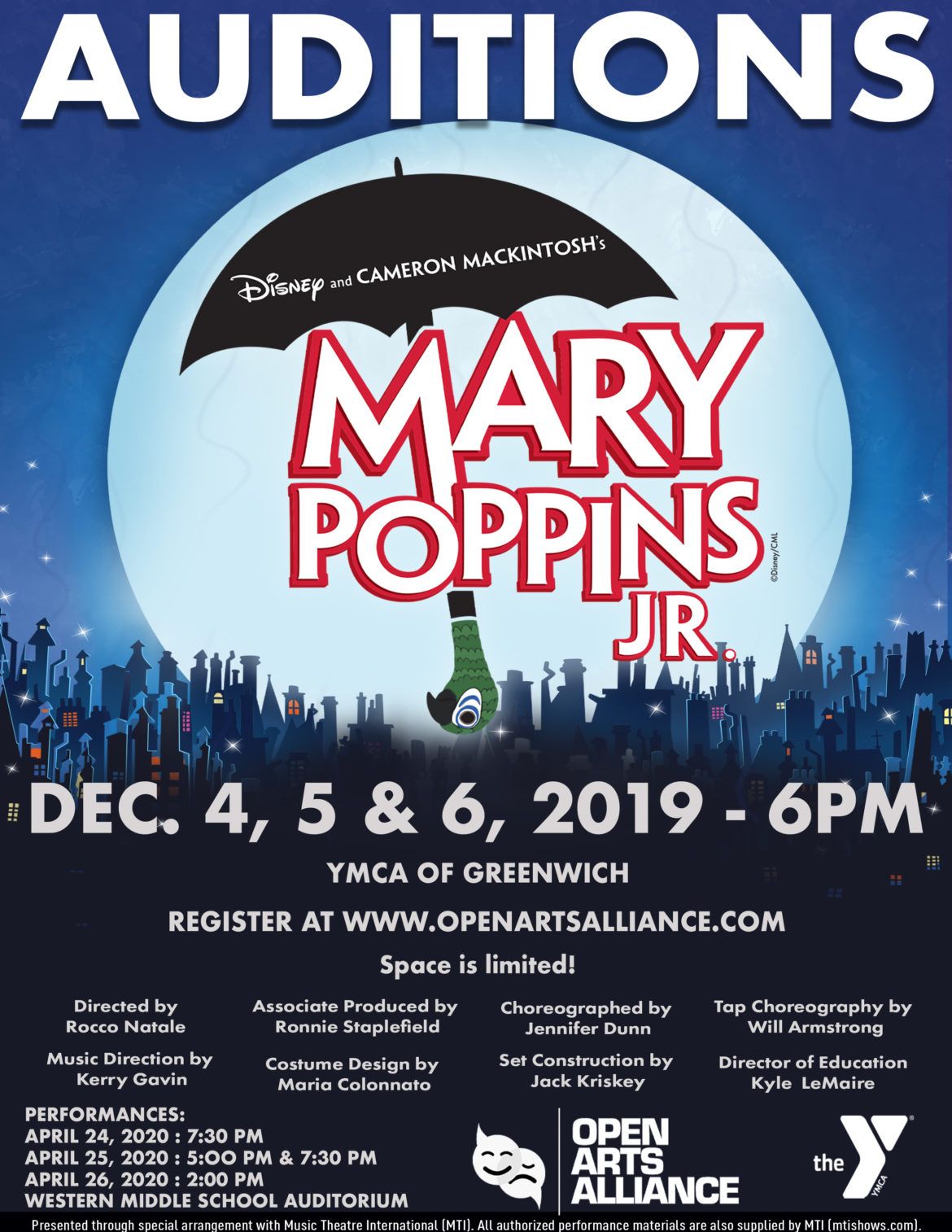 Open Arts Alliance has announced auditions for its upcoming musical production of Mary Poppins JR. Auditions will be held at 6 p.m., Dec. 4, 5 and 6 at the YMCA of Greenwich (50 East Putnam Ave., Greenwich, CT 06830).

— an announcement from Open Arts Alliance

Students ages 8 to 18 are encouraged to come audition for this Supercalifragilisticexpialidocius story about a family in turmoil and the magical nanny who saves the day.

Featuring classic songs like: “Step In Time,“ “Jolly Holiday” and “A Spoon Full Of Sugar,” Mary Poppins is one of the world’s most beloved musicals.

Performances of Mary Poppins JR. will take place on April 24, 25 and 26, 2020. Due to demand and to accommodate a larger cast and increased technical elements, the musical will be performed at Western Middle School. 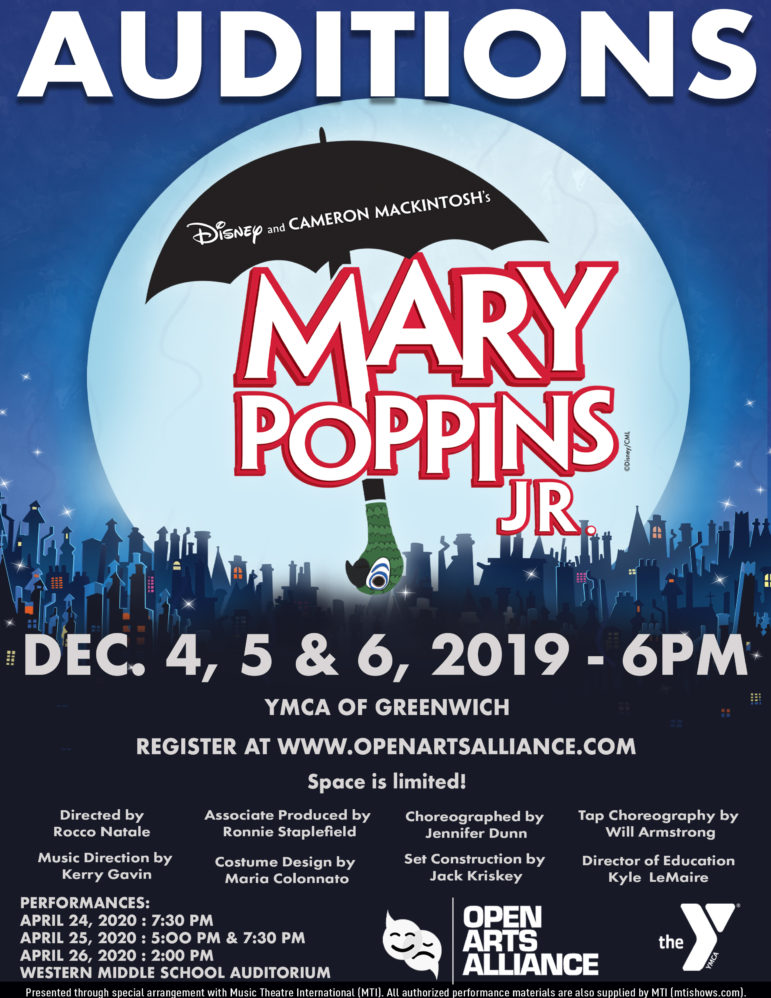