In my last column I wrote about the amazing success of high speed rail in Europe based on cheaper fares and more frequent service than anything you’ll find on Amtrak, even on the Northeast Corridor.

Another reason for their success is competition: the state-run railroad (SNCF) now competes against an Italian railroad even on its most popular domestic TGV routes. That’s led to a doubling of ridership and fares dropping by 17%.

Many ask: why can’t Amtrak get some competition?

Sure, they compete against the air shuttles (faster, but more expensive), buses (much cheaper and slower) and, of course, cars (also slower). But why does the would-be rail rider have only one choice of railroad — Amtrak? 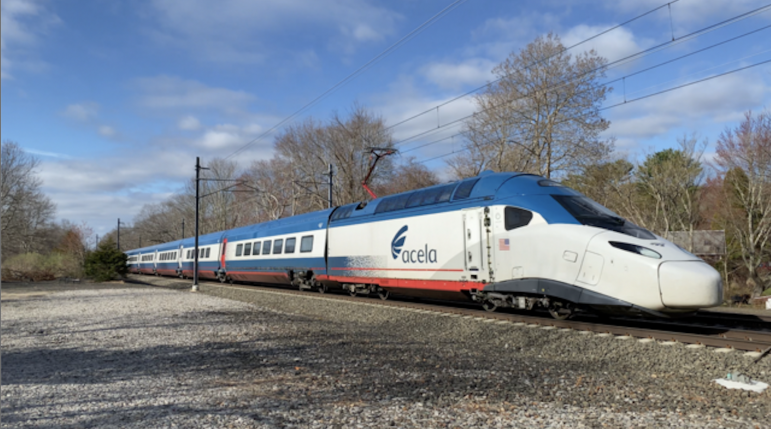 Well, under Federal law Amtrak has the sole right to carry rail passengers interstate (not counting the commuter railroads), but that could change. Maybe it’s time for a private company to offer an additional, alternative high-speed rail service. Enter: AmeriStarRail LLC. 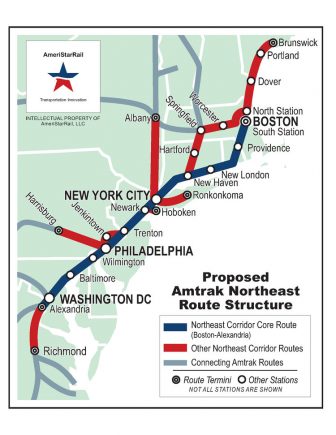 Though they would not disclose who their backers are, AmeriStar claims to have $5.5 billion ready to spend on its own fleet of 160 mph high-speed trains built by the same company Amtrak is using for the next generation of Acela train sets.

But unlike Amtrak’s Avelia Liberty trains which will have nine cars (just for business and first class) AmeriStar’s will have 12 cars and offer coach seating too. That should mean lower fares and faster service than Amtrak’s 50+ year old Amfleet trains, the only coach class trains between Boston and DC.

AmeriStar’s proposed offerings sound too good to be true: adults will be able to bring two kids under the age of 18 for free. There’ll be free Wi-Fi and compartment seating like on European trains. Food service can be ordered and it will be brought to your seat.

And AmeriStar won’t just run between Boston, NYC and DC. They’ll also compete on routes like Springfield, Massachusetts to Harrisburg, Pennsylvania (via CT and NYC) and offer hourly non-stops from New Haven to Penn Station taking just 99 minutes. Between DC and NYC AmeriStar trains would run every 30 minutes at speeds up to 160 mph. 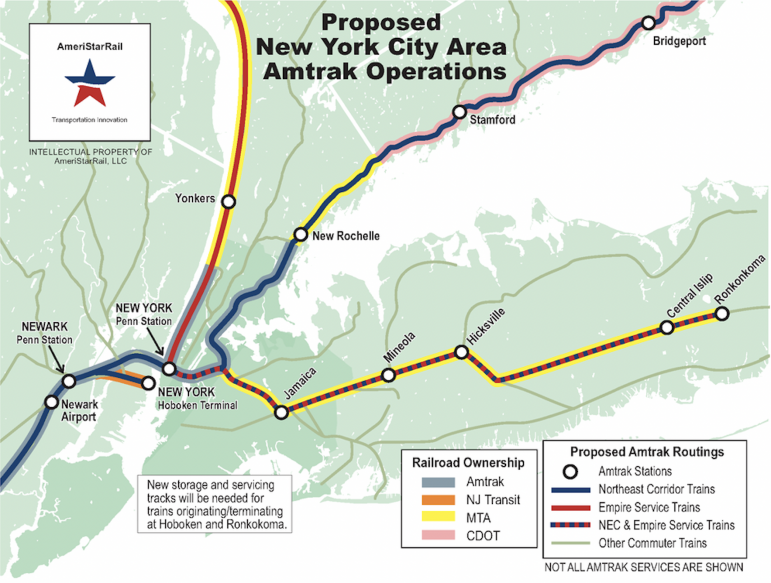 AmeriStar plans for its trains to also run north from NYC to Albany and continue from Boston up to Bangor, Maine. South of Washington they’ll run as far as Richmond, Virginia. And some trains will even serve Long Island all the way to Ronkonkoma.

Is all of this possible? Maybe. Rail experts, talking off the record, were skeptical.

They’re not sure there are enough “slots” to add more trains on the Northeast Corridor (which, by the way, is owned and run by Amtrak). The commuter railroads who’d see new competition won’t be enthusiastic (or cooperative), they said.

When I asked Metro-North for their thoughts they said they “declined to comment” and suggested I speak to Amtrak. But, despite numerous attempts, Amtrak never responded. Neither did officials at CDOT. I wonder why.

But the pro-rider Rail Passengers Association said “AmeriStar makes a good point … high speed trains should be affordable to all Americans” and right now they’re not.

While I too am skeptical of AmeriStar’s plans, I do think it’s high time to discuss some alternatives to Amtrak’s over-priced, under-delivery of promises paid for with taxpayer dollars. Maybe a little competition will be good for us all.