Why do the folks who run our commuter railroads act like their customers are stupid?

Though desperate for ridership to return (to fight huge post-COVID deficits), they ignore legitimate commuter feedback and do everything they can to hide their failures.

Case in point: the Commuter Rail Council, the independent watchdog group created by the Connecticut legislature almost 40 years ago, on which I served for 19 years. During the Malloy administration we were getting a bit too vocal in our complaints, so a senior Democrat warned me (and another Council member) to cool it or “your little Commuter Council will be written out of existence”. 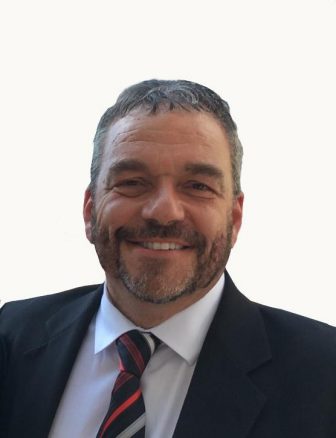 Sure enough, they tried, slipping a bill into the hopper to eliminate our group and its criticism. To his credit, state Sen. Tony Hwang saved the day, rewriting the Council’s mandate, though in a much watered-down version. Sen. Hwang hosted members of the Commuter Council at the Capitol this week for an update on what riders are thinking, and Hwang’s colleagues on the Transportation Committee got an earful.

The Council’s usually affable Chairman Jim Gildea said the Connecticut Department of Transportation is, once again, unresponsive to simple requests. Since April the Council has asked for data on on-time performance by station, when Shore Line East service would be fully restored, ridership numbers on the much-touted 99-minute express trains from New Haven to Grand Central Terminal and, yes, the status of Quiet Cars.

But the agency didn’t reply for months. Why? Because they’re obviously hiding their failures behind a veil of bureaucracy. “We’ll have to get back to you,” seems their constant refrain. Gov. Ned Lamont promised 60-minute train service from New Haven to GCT and the best CDOT could offer up were three very limited-stop runs on weekdays, two of them departing before 6 am. The fastest train still takes 99 minutes to make the

journey. But is anyone riding those trains? CDOT knows but is embarrassed to tell us.

By the way, Chairman Gildea also asked the Transportation Committee for a small budget as he has to pay out of his own pocket for a website, email feed and Zoom account. That’s right, though the CDOT is awash with money, the Commuter Council doesn’t get a dime to do its important advocacy work.

As for the possible return of the Quiet Cars, after five requests the Commuter Council finally got an answer: “No.” Metro-North blames “operational issues” but wouldn’t explain what that means.

That phrase “operational issues” is widely used by the railroad in explaining train delays and cancellations, the latest in their growing dictionary of euphemisms to obscure the truth. Just look at Metro-North’s Twitter feed and notice how often they avoid telling us what’s really happening, using words like “mechanical issues” instead of telling us a train broke down. Why can’t they be honest with us? Because they can’t own up to their poor performance, let alone correct it.

Incoming CDOT Commissioner Garrett Eucalito can change all that, if he wants to. It’s time to be honest with commuters. We can handle the truth.