Julie Taylor Peters of Darien, passed away suddenly on Jan. 15 due to an undetectable medical event. She was 53 and had been in perfect health prior. 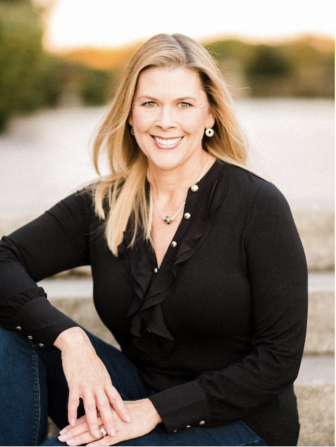 Julie Peters, 53, passed away on Jan. 15. A celebration of her life is planned.

Julie was a born leader, a natural negotiator, a fierce partner with any racquet, a gifted seamstress and a very trusted friend. She had no limits to what she could accomplish and she had a natural ability to do it all with compassion, style and that oh so beautiful smile.

Born and raised in Southern California, she loved the sun and being in the water. She trained extensively to be a member of the U.S. Junior Olympic Synchronized Swimming team. After attending UC Irvine for two years, Julie transferred to Southern Methodist University where she became president of the Delta Gamma Sorority.

She entered the fashion world after graduation starting as a buyer for Neiman Marcus, followed by Liz Claiborne and Ralph Lauren. It was in Texas where Julie met her husband, Chris. Within weeks of moving into their first home in Dallas he was transferred to his native Connecticut.

While Julie grew to love Connecticut, her heart longed to return one day to Texas. In Darien, she found her next passion — selling homes and, of course, she excelled at it. Dozens of families came to see Julie not just as their realtor but also their jack-of-all-trade handyman, decorator, financial advisor and therapist. Most of all she became their friend.

Julie’s peers elected her president of the Darien Board of Realtors and in 2020 the Realtor of the Year. In December she was appointed to the Executive Committee of the statewide Connecticut Association of Realtors.

Recently, Julie became the manager of the Greenwich and Old Greenwich offices of Coldwell Banker Realty where her skills in management and selling real estate guided nearly 200 agents.

Above all, Julie’s greatest joy was her three sons — Connor, Scott and Brett. She nurtured and guided them to find their own passions and made it her overriding goal that they should become strong, self-supporting, independent men. While she left them far too early, she did so knowing that each was well on his way or already there.

Besides her husband and sons, Julie is survived by her parents, Bill and Ginny Taylor; her brother, John, and sister-in-law, Cara, all of Morro Bay, California; her brother, Mike, and sister-in-law, Jill, of Pacific Palisades, California; and her mother-in-law, Cheryl Peters, of Naples, Florida. She also leaves numerous nieces, nephews, cousins and aunts who looked up to her in so many ways.

In lieu of flowers, her family suggests a donation to Project Surf Camp, a 501(c)(3) organization that Julie long supported. They enable individuals with special needs to access and enjoy the ocean waters Julie loved.

A private service was held on Jan. 18, 2023 at the First Congregational Church in Darien. A Celebration of Life will be held soon for her many, many friends to gather and remember Julie.