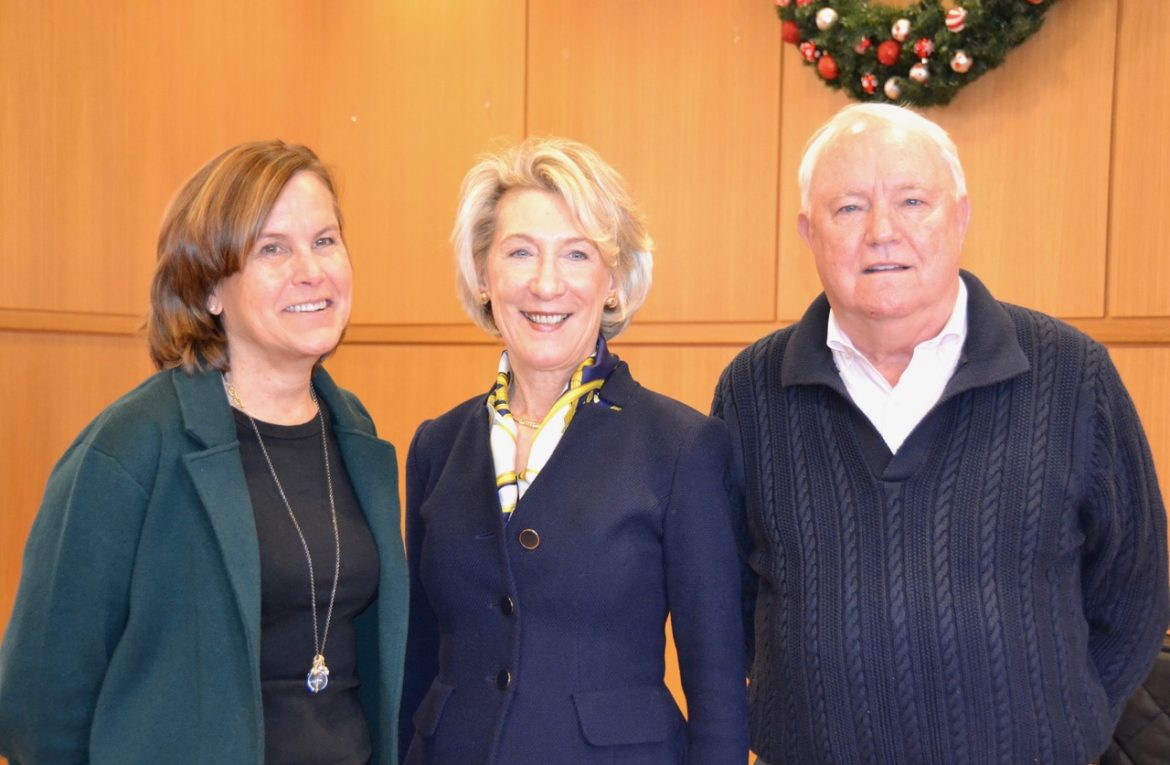 Photo from At Home In Darien

This year’s new programs were described during At Home In Darien’s annual meeting, including a Half-Price Taxi Program for seniors, and the 70 attendees heard a talk on aging and aging programs.

— an announcement from At Home In Darien

Gina Blum, executive director, spoke to the crowd at the Dec. 6 meeting in Darien Library about the organization’s recent accomplishments. Blum was particularly proud of these 2018 milestones:

* A multi-year strategic plan to move the organization forward

At the meeting, Blum announced that At Home In Darien will be celebrating its 10th anniversary of providing services to seniors. To celebrate this milestone, two anniversary celebrations are planned for 2019.

Their first fundraising event will honor those who helped make At Home In Darien a success and will be held on Friday evening, May 10, 2019, at the Country Club of Darien. Please save the date! In addition, there will be a town-wide celebration in September.

Newly elected to the At Home In Darien Board were members Amy Harned and James Metzger. 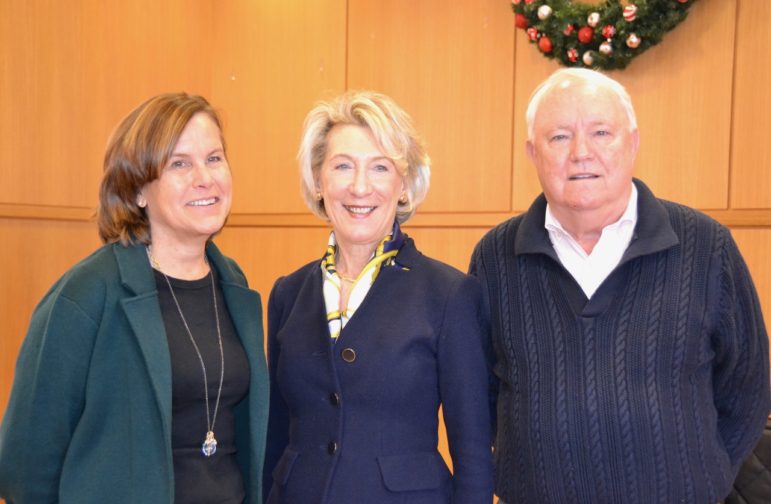 Photo from At Home In Darien

Anne McGuire, current president, stepped down after serving in the position since 2014, but will continue to serve on the board. McGuire also thanked retiring board member Kaye Barker, a founding member of the organization, “for all the time and support she provided to At Home In Darien through the years.”

Speaker on Importance of Aging-in-Place Organizations

He discussed the misinformation and misconceptions about aging — physiological social, cultural, and others. Audience members took a ‘Facts on Aging’ quiz to highlight ageism, a form of stereotyping, prejudice and discrimination against people based on their age.

Answers to the quiz were quite surprising! Dr. Ego said “My goal is to help bridge the intergenerational gap between age groups.”

The Facts on Aging Quiz and answers can be found on the At Home In Darien website.

Watch the Annual Meeting Yourself

The Annual Meeting, filmed by TV Channel 79, Darien’s government and community TV station, ran just under 45 minutes and can be viewed online the At Home In Darien website or here:

About At Home In Darien

lder adults in Darien to live independently, comfortably and with dignity in their own homes for as long as possible. For more information, or to volunteer, please call 203.655.2227 or visit the organization’s website.