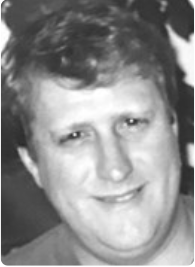 Gavin Smith, 56, died unexpectedly on Nov. 13. A gathering to celebrate Gavin will be held in Puyallup, Vermont on Jan. 19 and in Bennington, Vermont in the near future.

Gavin Smith, 56, died unexpectedly on Nov. 13. A gathering to celebrate Gavin will be held in Puyallup, Washington on Jan. 19 and in Bennington, Vermont in the near future.

Gavin was a graduate of MAUHS, class of ’81. After leaving school he began his career in heavy construction in 1985.

An early project took him and Walker Kimball, close friend and classmate, to Honolulu, Hawaii, where he met and married his wife of 24 years, Christiane O’Connor.

Joining Bechtel Corporation in 2000, Gavin worked as construction superintendent and eventually as construction manager for major infrastructure and power projects throughout the United States. At the time of his death he was actively involved in an upcoming 2019 project.

Gavin ‘s love of the Dallas Cowboys was shared buy his son Connor, sporting their Cowboy jerseys as they watched the games often from miles apart.

— This obituary previously was published by the Bennington Banner

He was predeceased by his father, John F. Smith, and sister, Kelly A. Wright.

A gathering to celebrate Gavin will be held in Puyallup on Jan. 19 and in Bennington in the near future.

Gavin will be sadly missed by his family, friends, Bechtel colleagues and Jaxon, faithful family canine.

Memorial contributions for the support of Gavin’s family may be made to his GoFundMe.com fundraising page.