Police say a 38-year-old man driving on Leroy Avenue just before 2 a.m. was stopped when his SUV went over the double yellow line three times, and when his breath was tested, he was a bit over the limit for blood-alcohol content.

Darien police gave this account of the incident, which includes accusations not proven in court:

The officer saw a gray, 2005 Toyota RAV4 sport utility vehicle traveling north on Leroy Avenue just before 2 a.m. on Saturday morning, April 8. After seeing the vehicle cross over the line into the oncoming lane three times, the officer had the driver pull over near the intersection of Leroy and McLaren Road.

The driver, a Stamford resident, said he was following a car and had a couple of alcoholic drinks at Seaside Tavern in Stamford. The police officer smelled alcohol on his breath.

The man didn’t properly complete field sobriety tests, so he was arrested on charges of driving while under the influence and failure to drive on the correct side of the road. 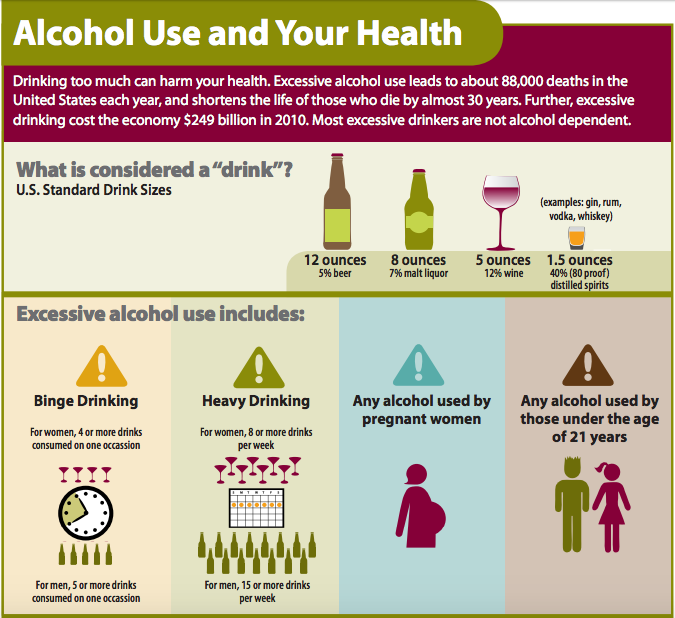 Part of a brochure from the Centers for Disease Control

This illustration is meant to give general information on drinking — it isn’t a comment on this incident.

At Darien Police Headquarters, a breath test at 2:44 a.m. showed a blood alcohol content of 0.104, which is above the legal driving limit of 0.08. The second test, at 3:06 a.m. (more than an hour after the man’s driving was first seen by the police officer), showed 0.78, which is allowed under the law.

The driver posted a $50 bond and is scheduled to appear April 18 in state Superior Court in Stamford.

Police reported these other DUI arrests in February and March: