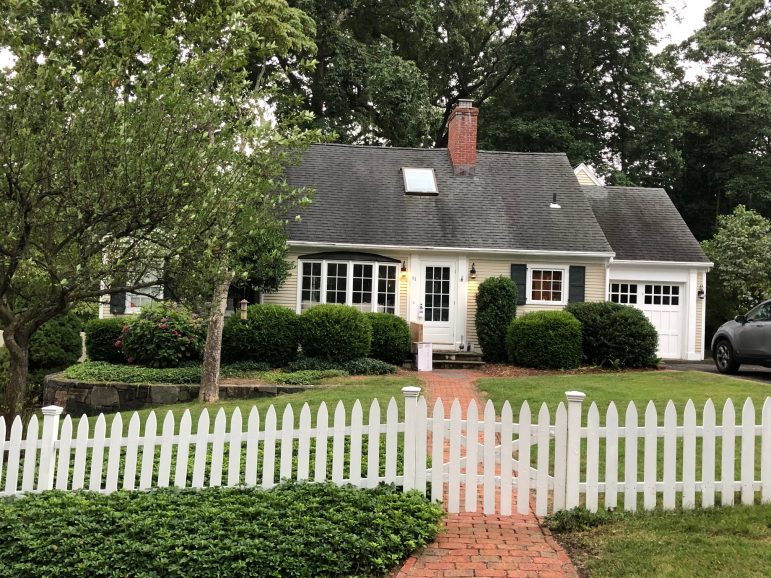 UPDATE: Thursday, July 8 — All parking permits have already been sold for Darien’s fireworks display on July 15 at the high school campus, the town government Twitter account announced at 8:38 this morning.

In 1955 a New Haven Railroad commuter train could run non-stop for the 36-mile distance from Stamford to Grand Central in 48 minutes. Today that Stamford-to-NYC run takes 59 minutes at best, despite Governor Lamont’s long-promised dream of a 30-minute trip time.

How Four Area People with Disabilities Work and Live on Their Own, With Help

How many of us have dreamed of having our own home? How many want that home located in our home town, where we know people, we know the shopkeepers and the street signs, and where people know our name?

Police: DUI for Woman, 27, Who Left Scene After Her Car Strikes Another Vehicle

A 27-year-old woman who was drinking before she started driving got into an accident after leaving a driveway onto the street near the intersection of Center Street and the Post Road, police said.

She then drove away from the scene, police said. But an officer found her and charged her with driving while under the influence, leaving the scene of an accident and failure to grant right of way to another vehicle.

A 45-year-old Darien woman was arrested after she yelled at, got into a physical confrontation with and refused to leave the home of another person in town with whom she had previously been in a relationship, police said.

Police: No Domestic Violence Charges After a 911 Call — But a Charge For Someone Who Blocks Another From Completing Call

Police responding to a 911 call about a domestic incident said they found there was was arguing involved, but didn’t say there was violence — and nobody was charged with a domestic violence crime.

But a man hung up the phone when the 911 call was made by the other person, police said, and that resulted in charges against him.

You’re Invited to ‘Coffee With a Cop’ Saturday, July 17, at Caffe Nero

You can join your neighbors and Darien police officers for coffee and conversation from 10 a.m. to 12 noon on Saturday, July 17 at Caffe Nero, 1071 Post Road, in downtown Darien.

UPDATE, 3:22 p.m. — Darien Library is closing two hours early, at 4 p.m., Friday, “due to inclement weather,” the library said in an announcement.

As of 3:07 p.m., according to Eversource, 18 of their customers in Darien were still without power.

Abilis, a nonprofit that serves people with special needs and their families, will be expanding programs and services in Darien, starting with four programs in the areas of job training, life skills, employment and housing.

State legislators from both parties recently started more active discussions on what can be done about youths stealing cars across the state, a problem that’s festered for years.

In a related development, state Rep. Terrie Wood told constituents Thursday afternoon that she’s joined other lawmakers in petitioning for a special session of the state Legislature to address the problem.

Three Stolen Vehicles in One Night — Each Found: in Mass., North Haven, Down the Street

In the course of one night, police said, three unlocked vehicles, each with keys inside, were stolen from outside Darien homes.

Within minutes or days, each was found: One just down the street on Long Neck Point Road; another in Longmeadow, Massachusetts (93 miles from Darien, along Interstate 95 on the Massachusetts/Connecticut border); and the third in North Haven.

On the same night and the next morning — Monday to Tuesday, June 28 to 29 — owners of two other unlocked vehicles told police that the vehicles had been entered, but nothing was stolen from them.

Police: DUI for Darien Woman, 51, After She Struck a Parked Car

A 51-year-old Darien woman driving on West Elm Street struck a parked car shortly before 9:30 p.m., Thursday, July 1, police said. She was later charged with driving while under the influence.

Louisa Carriera Calka, 84, died in her home in Darien on July 6.

Retail tenants and apartment renters are expected to start moving into the building that formerly housed the Darien Playhouse.

A string ensemble made up of middle school and high school students in Darien Summer School will perform a half-hour concert Friday morning, July 9, in the Darien Library courtyard.

When a police officer on patrol saw that a license plate check of a car going east on the Post Road showed that the state had no record for that plate, the officer pulled the car over, police said.

The traffic stop (near the intersection of the Post Road and Cross Street) resulted in the arrest of the driver, who was charged with something completely unrelated — violation of a protective order telling her to keep away from another person. That person was also in the car, sitting next to the driver.

Eve Bryant Passes Away at Home, Surrounded by Loved Ones

Eve Walworth Bryant of Darien passed away peacefully at home surrounded by her loved ones on June 29, 2021.

A person who had recently moved into town from New York state was victimized by a phone scammer purporting to be from an electricity company, police were told.

John Francis “Jack” McGoldrick, formerly of Darien, passed away at his home in Brevard, North Carolina, on June 28, 2021. He was 91.

Darien police say that on one recent night, a Corvette with the keys inside was stolen outside one home in town. On another night, a Mercedes Benz was stolen the same way. Early on another morning, someone stole a wallet and other items from an SUV.

All three vehicles were left unlocked, outside.

July 4 Push-n-Pull Parade Steps Off at New Location: Darien High School, at 10:30 AM