You and your kids are invited to nine, free outdoor concerts for children and parents from 6 to 8 p.m., Wednesdays at the Levitt Pavilion in Westport, starting with the band Milkshake on June 26.

The band is described by the Levitt as offering “quality rock music without sacrificing its craft and spirit.”

— from the Levitt Pavilion announcement

“Children are welcome to visit the Melissa & Doug Hospitality Tents and enjoy complimentary face-painting for kids (while supplies last)!” the Levitt said in an announcement. “As always, on-site activities begin an hour before show-time.” In other words, 6 p.m. The band plays from 7 to 8 p.m.

These concerts are free — like almost all other concerts at the Levitt Pavilion for the Performing Arts in downtown Westport. You just have to decide whether to face late afternoon northbound I-95 traffic (or Merritt Parkway traffic) in order to get there. The ride back is easy.

The concert series, which runs through Aug. 23, is sponsored by the Melissa & Doug toy company (a national toy company headquartered in Wilton). 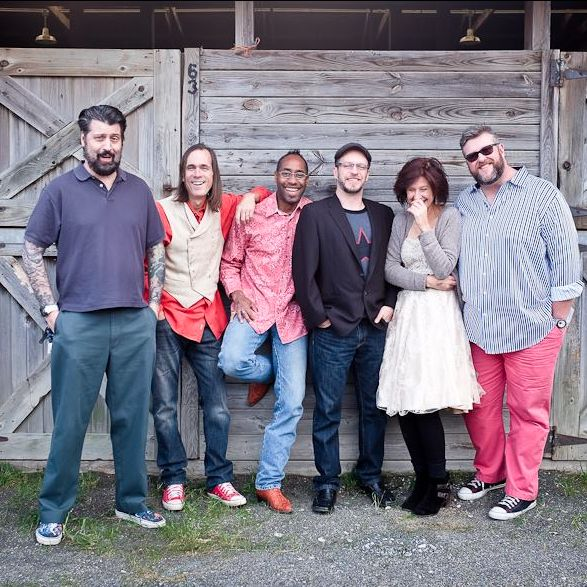 The Levitt Pavilion offers about 50 outdoor concerts each summer at its outdoor venue along the Saugatuck River in downtown Westport.

Here’s a note from the Levitt describing some of their rules:

—The lawn and the ice cream concession are open to the public one hour before show-time.

—Facility is closed to public during load-in and sound-check.

—The Levitt Pavilion and its perimeter is a non-smoking area.

—Pets are not allowed.

In case of inclement weather, check the Levitt website or call our concert hotline (203-221-2153) at or after 4:30 p.m. on the day of the show for a location status update. While we have a nearby rain location for free shows, we always do our best to stay outside shower or shine!

See also: Tips for enjoying your visit to the Levitt Pavilion

Here’s a list of the nine concerts in the series (note the July 2 show is on a TUESDAY, all others are on a Wednesday):