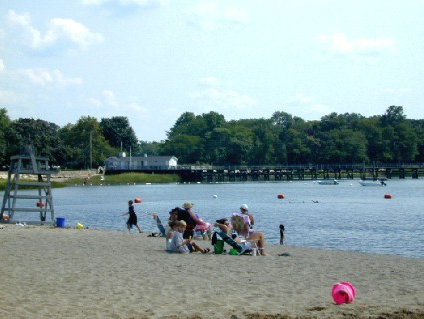 Darien and New Canaan officials, along with some cycling enthusiasts, have been discussing ways of promoting bicycle routes built for two towns, so that cyclists in one town might ride to the other, visiting Waveny Park, for example, or Weed Beach.

First Selectman Jayme Stevenson said last week that the state Department of Energy and Environmental Protection (DEEP) has a grant program that could fund a project to put up bike route signs and even pay for publicity and promotional materials to encourage people to bike from one town to the other.

“I received last week notice that Connecticut’s DEEP has a recreational trails grant, and our proposed bike path would be eligible for grant-funding dollars to help fund signs and roadway markings and PR [public relations] materials,” Stevenson said Monday, Sept. 10, at the Board of Selectmen meeting. 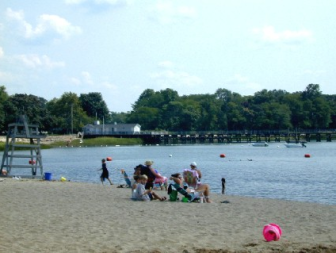 Weed Beach: Should Darien make it easier for two-wheeled New Canaanites to cycle there?

“If we should choose to apply for that, they look very favorably on multi-jurisdictional projects, as this one would be,” she said. “And the idea really is to […] sort of document conditions that already exist today.

“In other words, you can ride your bike from the town of Darien and go up and enjoy Waveny Park and all of the other facilities up in New Canaan in the same way that folks from New Canaan can ride their bikes and can actually go and enjoy our beaches, because we don’t charge people to walk or bike into our beaches. So it would be a way for us to really collaborate with one another.”

Darien charges people who aren’t residents a high fee to park in the parking lot. Waveny Park and other public New Canaan recreational facilities don’t charge parking fees, although there are a limited number of permits for non-New Canaan residents to use the New Canaan town pool at Waveny. 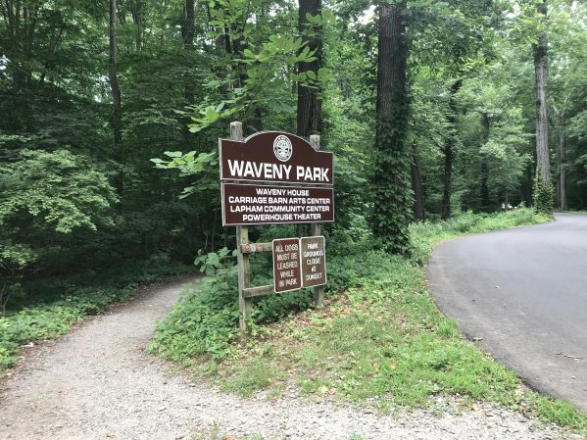 Should New Canaan encourage Darienites to park their bikes in its parks?

Like the route to Heaven, Nearwater Lane, the only route to Weed Beach, is both straight and narrow for cyclists, including those from the town calling itself the Next Station to Heaven. Pear Tree Point Beach is another possibility for roving New Canaanites, a bit farther away.

Stevenson said she’s “been talking with the first selectman in New Canaan about planning a bike route that connects the town of Darien and the town of New Canaan. There’s a lot of people who are really interested and excited about that possibility.”

Stevenson mentioned “other facilities” that Darien and New Canaan cyclists might find an interest in visiting in the other town, including downtown stores and restaurants.

She didn’t mention other specific places, but each town has nature centers, parks, scenic roads, a movie house, a bookstore and a historical society museum. New Canaan has the Glass House and, at the northern end, Grace Farms. It also has bears, bobcats and sometimes a report or two of mountain lions. Darien has an ice rink, whales off its coast and there are reports of dolphins. It also has jellyfish that can sting you.

Prospective visitors to New Canaan may wish to acquaint themselves with certain potential traffic hazards. According to a Google search, which has no reason to lie about this, these are the fastest speeds you can expect for …

… a bear: “Despite their enormous size, brown bears are extremely fast, having been clocked at speeds of 30 miles per hour.”

Always carry raw steak in your bike pack. As you race away from the beast, take it out and wave it just a bit, then fling it in the general direction of the predator as you pedal furiously in the other direction.

“Biking is important to a lot of people in both of our towns,” Stevenson said, “so I’m looking forward to working on that a little bit more in the coming months.”