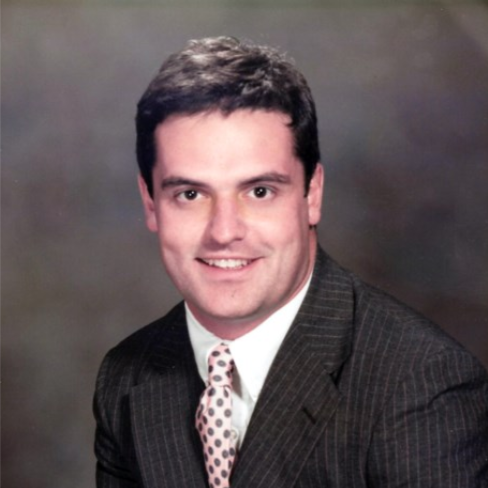 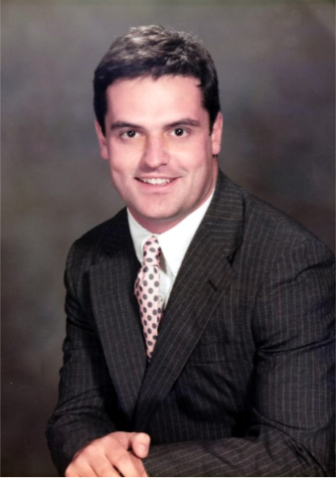 TJ was the beloved son of Barbara and the late Tim McManus of Cumberland Foreside, Maine and brother of Chris Anne Woods of Portland, Maine.

It was here that he started his athletic career, the first momentous event being when Mather Junior High School beat Middlesex in football for the first time in years.

He continued to play football and run track at Darien High School and was named a Connecticut State All Star. He graduated from Union College in 1989.

After graduation, he went to work in the financial industry. In recent years, he was a self-employed entrepreneur in the LED lighting business. He was a long time member of the Country Club of Darien.

— an obituary from the Jones, Rich & Barnes Funeral Home. You can see a tribute video and family pictures on the funeral home’s obituary Web page.

He was a friend to all — young and old. Family and friends were his life. In January, he and about 11 high school friends from across the country got together in Florida for a reunion. From what’s been heard, a good time was had by all.

In addition to his mother and sister, he leaves behind his nephew, Tim, of Portland; his niece, Maddie of Boulder, Colorado; his Aunt Kathleen (George) Lewis of Franconia, New Hampshire and Uncle John (Beth) Fitzgerald of Cumberland Center.

A Mass of Christian Burial will be celebrated at 11 a.m., Saturday, June 8 at Holy Martyrs Church on Rt. 88 in Falmouth, Maine.

In lieu of flowers, contributions may be made to Edward “Tim” 54 and Barbara Fitzgerald McManus Scholarship, University of Maine Foundation, Two Alumni Place, Orono, ME 04469-5792 or Olympia Snowe Women’s Leadership Institute, One Canal Plaza, Suite 501, Portland ME 04101.

You may offer your condolences at www.jonesrichandbarnes.com