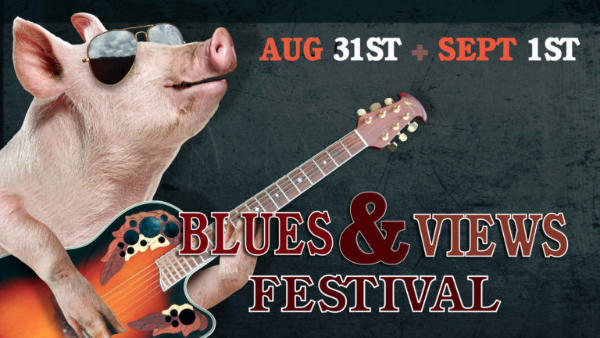 The Blues & Views Festival returns to Westport with two days of sensational music, soulful sounds, tantalizing tastes and a swingin’ street party vibe along the banks of the Saugatuck River.

— information from the Blues & Views Festival announcement and website, where you’ll find directions, links to ticket sales and other information about the annual festival.

Once again, the Blues & Views Festival will feature an awesome variety of powerhouse artists, from established acts to breakout bands.

A Fairfield County tradition since  2008, the festival will feature an awesome variety of established bands and soon-to-be-famous acts on the way up.

Families will enjoy the Jesup Jam for loads of kid-friendly fun, food, and activities on the grounds of The Westport Library. Tickets are free for kids 12 and under!

Whatever way you choose to attend the Blues & Views Festival — be ready to have a fantastic time!

We are so excited about this year’s lineup. Please check out our official Spotify playlist including songs by our performers and other artists we love. And please help us get the word out via social!Make sure you get to see all these great acts in person! Purchase your Levitt Live tickets now and save money off the gate.Links are to each band’s website:

We got on board with Anders early, first booking him for our festival in 2011, and he has since become one of the leading stars in the international roots music pantheon. 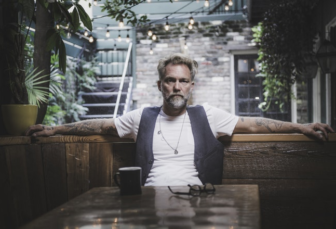 Swedish-born, New Orleans-based Anders Osborne is widely regarded as a musical triple threat: an award-winning songwriter and guitarist, he is also a singer whose raw, emotional delivery informs everything he plays.

Named the Crescent City’s Best Guitarist for the third year in a row, and the city’s Best Songwriter for the second straight year, Osborne also won Song of The Year for his composition, “Louisiana Gold.”

Longtime festival goers here have marveled at Anders’ omnivorous approach to blues/funk/Americana and beyond, or as Jambase Magazine put it:  “Osborne finds a striking balance of muscle and grace that allows for the smaller moments of quiet to be just as resounding as the sonic booms.”  Expect both from this major artist when he hits the Levitt Pavilion stage. 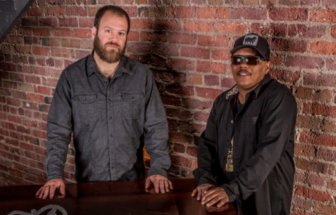 And now, New Orleans r&b royalty from the first family of NOLA funk and a proven star in the current countrified blue-eyed soul craze that’s bubbling up around the nation (i.e., Chris Stapleton, Sturgill Simpson, Ray LaMontagne) —  have joined forces to form a roots superstar band.

Neville Jacobs is one of the few bands we’ve heard with the sanctified confidence to burn it up preceding Anders Osborne onstage.  Expect the awesome!

A fast-rising indie-funk sextet, Flow Tribe came together in the wake of Hurricane Katrina to raise money and spirits for their hometown New Orleans. 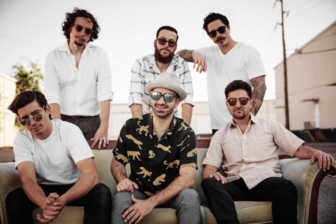 Their music is high energy, genre-crossing, and flirts with various styles from funk to rock and rap; in addition, the band brings a bit of ska, along with swamp and surf elements into its leading-edge approach to modern R&B.

Currently considered to be the leading Crescent City party band, we’re excited to set Flow Tribe down on the Saturday night stage to play their wildly original songs and irresistible cover versions on the banks of our own Saugatuck River.

Relix Magazine referred to this fiery Memphis-based quintet as “a deeply soulful young Memphis band that’s turning the scene on its head like . . . a boiling retro-soul primer”. 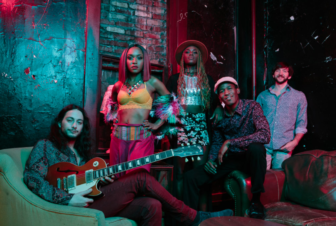 With the compelling soulstress Tierinii Jackson on lead vocals, Southern Avenue has been making its bones on the big festival stages internationally over the past 5 years.  Jackson’s sister Tikyra’s behind-the-beat groove on drums is pure Stax/Memphis funk, her snare sound cracking with fiery authority.

Guitarist-founder Ori Naftaly has the modern virtuoso chops to anchor Southern Avenue in our current musical slip-stream, which keeps the “retro” as an anchor, while soaring with true rock ‘n roll abandon, especially on songs like the band’s exquisite cover version of the Beatles’ “Come Together”. 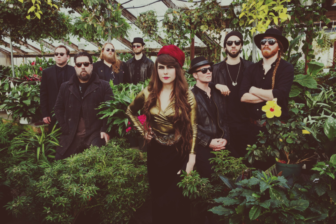 Wright performs with an 8-piece sweet-soul unit that is ultra-sympathetic to her nuanced vocals, which are both sultry and dynamic, delicate yet powerful, gritty but highly emotive.

And as with Bonnie and Amy, soul music is the jumping off point for Kat Wright’s songs, but ultimately her music is personal and powerful, with a live show to match.

Guitar ace Jake Kulak has been the pride of Connecticut’s blues scene since he first emerged as a 13-year old phenom at local jam sessions. 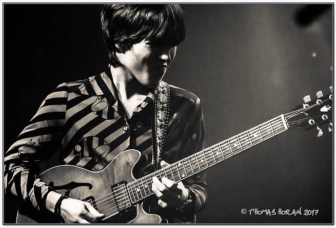 Now a few years later, Jake and his trio have been nominated for New England Music Award in the “Best New Act of the Year” category, and were one of 6 bands to win the Boston House of Blues Emerging Artist” competition.

Jake has been featured onstage with heavyweights like James Montgomery and Bob Margolin, and is now a force to be reckoned with, emerging as one of the brightest lights on the New England music scene. 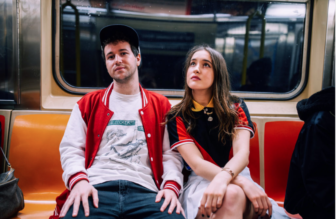 Gracie and Clyde Lawrence are the NYC-based brother /sister duo that front this horn-laden, retro-soul-infused-with-modern-pop unit.

Gracie’s magnetic vocal/stage presence combined with Clyde’s rich nine-piece arrangements pay tribute to Motown, Muscle Shoals and everything in between.

On tour nationally this summer with Jon Bellion, Lawrence is a band on the cusp, burning it up onstage. 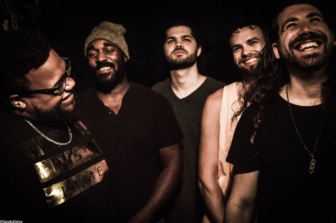 From their origins as at party band at Indiana University in Bloomington, The Main Squeeze has evolved into a serious LA-based funk/rock/jam band comer, now opening on tours for George Clinton, The Roots, Umphrey’s McGee, and Mac Miller.

What can we say?  They played our festival in 2016 and tore the roof off the sucker!

Since then, this 9-piece brass gorilla-with-rhythm section has collaborated onstage and in the studio with such as Galactic, DJ Logic, and Eli ‘Paperboy’ Reed. 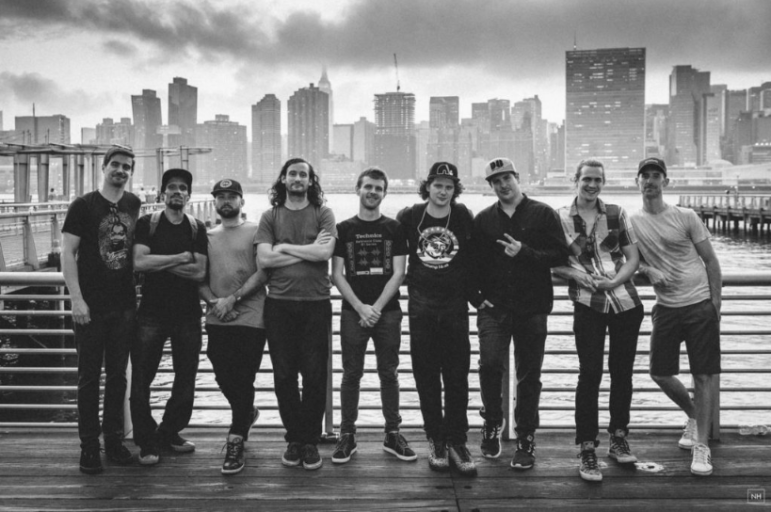 The High and Mighty Brass Band

Fusing R&B, hip hop, Afro-beat and New Orleans-style funk, HMBB is very loud and very proud, and a guaranteed party for all concerned, onstage and onsite! 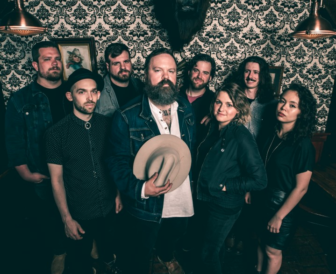 The Commonheart, posing in the parlor

A 10-piece rock ‘n soul band based in Pittsburgh, influenced by the classics and in a league with current roots music leaders Tedeschi Trucks Band and Nathaniel Rateliff & The Night Sweats – The Commonheart’s leader/singer Clinton Clegg is a real force of nature, and this band is just beginning to break out majorly via appearances at Mountain Jam, Telluride, World Café . . . and our own Blues & Views Fest at The Levitt!

Singer-guitarist Sean Walsh honed this roots-rock/Americana powerhouse quartet by playing marathon weekly gigs at a bar in Williamsburg, Brooklyn, then taking it on he road for several years. 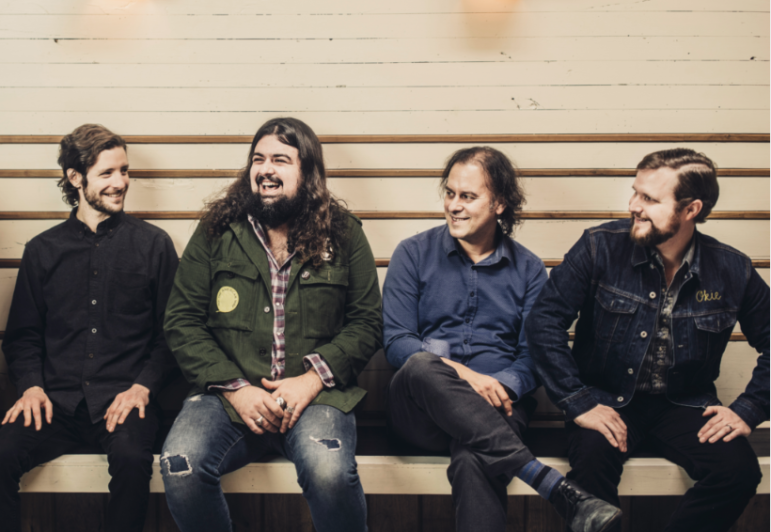 Steeped in the traditions of The Band, Dylan, NOLA funk, classic r&b and Laurel Canyon lyricism, The National Reserve has grown into a strong new limb of the classic rock family tree.

Always a show-stopper, the renowned, Fairfield-based School of Rock fields a truly ear-boggling group of local student rockers in a band that brings down the house each and every year, performing from the classic rock canon (Allman Bros., Beatles, Stones, Muddy Waters, Janis Joplin, etc.)