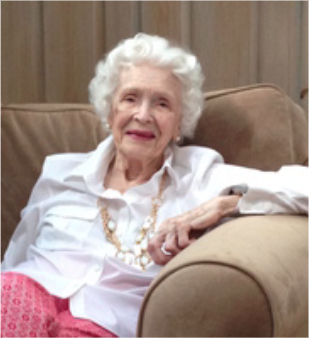 Marie Core Duffy Wootton died peacefully on April 11 in New Haven. She was 98.

She was predeceased by her husband, Philip Henry Wootton, Jr.

She and her husband lived in the New Canaan/Darien area for over 50 years. She was a member of the Junior League of Stamford, the Woodway Country Club, and the New Canaan Country Club. She served on the board of the National Society of the Colonial Dames in Connecticut. In addition to the above, she volunteered extensively at her children’s schools.

— This obituary previously was published in various Hearst newspapers in Connecticut.

Mrs. Wootton was a skilled horsewoman and, along with her husband, owned and operated The Singing River Ranch in Red Wing, Colorado in the 1970s. There, she was an enthusiastic and exacting manager of guests, children, horses, dogs, cattle, and pigs.

She was an avid lover of the arts, an accomplished amateur painter, and a talented and versatile needlework artist. She readily shared that love and skill with her children and grandchildren. She was also a lifelong reader, particularly of British history.

She also leaves a sister, Mrs. Juliet Duffy Smith of North Branford. She was predeceased by a brother, William Core Duffy (Maxine) of Portland, Maine.
There will be a service at 2:30 p.m., Saturday, April 27 in the chapel at St. Thomas More Church in Darien, 374 Middlesex Road. The burial will be private.