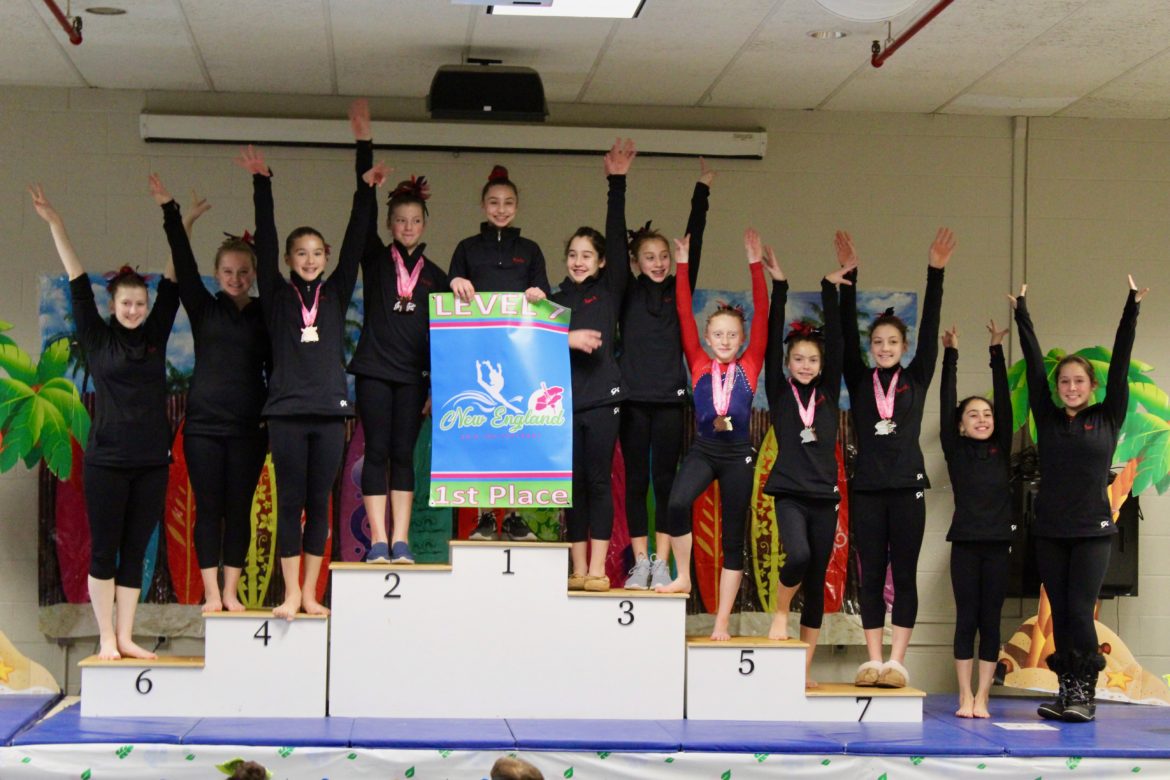 — an announcement from the gymnastics teamThe Level 8 team completed a sweep of the AA and team titles, outscoring their closest team opponent by eleven points. Sarah Cross captured the Junior age group AA title with 35.475 and was fifth on vault, second on bars and third on floor.

Tori Ware never wavered in winning beam with 9.125 and was second AA, third on vault and fourth on bars and floor. Nadia Borja swung to first on bars with 9.35 and was second on floor and third AA. Anna Moss took second on vault, fifth on bars, third on beam and fourth AA.  Abigail Nevin scored third on bars, fourth on beam and fifth AA.  Sofia Iuteri earned second on beam and fifth on floor where she tied with teammate Bella DeStefano. Bella also tied little sister Sofia for fifth on beam. Sofia was the vault champ with 9.2. 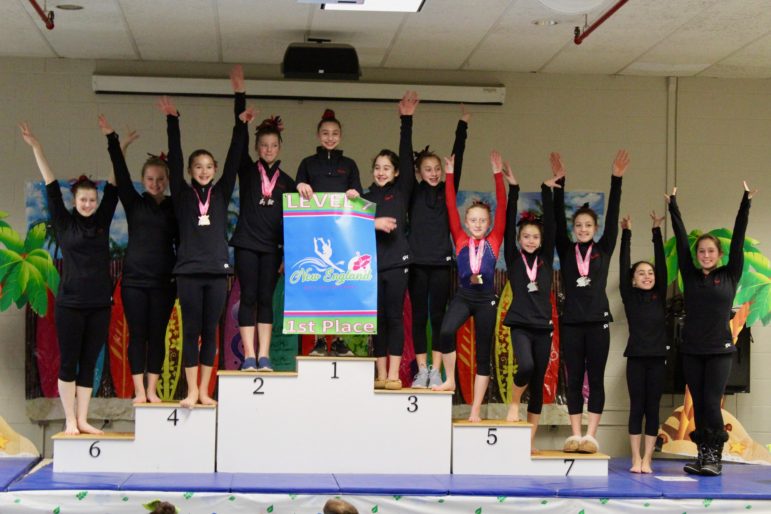 Anna Primmer had a pair of thirds on vault and floor. Coming back from injury, Anna Altier made the most of competing in just three events, winning vault and floor with 9.2 and 9.425 and placing third on beam. In the 13s group, Kristie Alianiello took fourth on beam, second on floor and first on vault, AA and bars where she tied Emma Kelly.