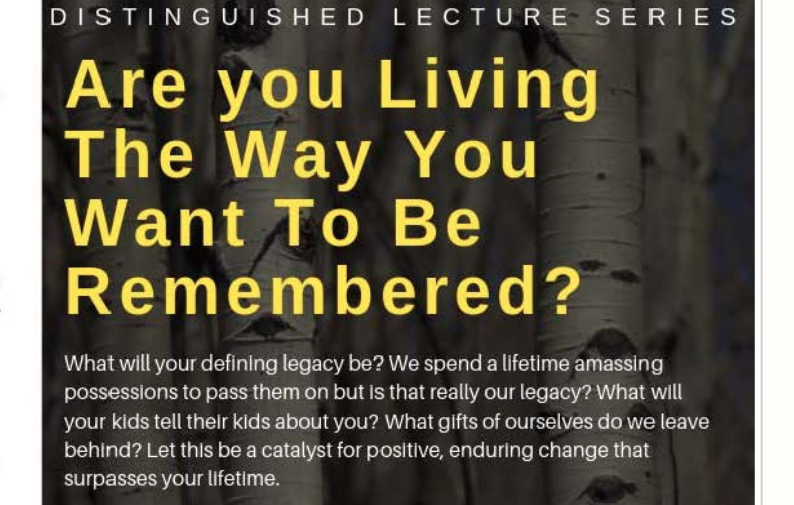 A unique, lively talk with Rabbi Mitchell M. Hurvitz and The Reverend Marek Zabriskie on living up to your ideals through the end of your life will be presented Thursday, June 13 in Greenwich and online.

— This announcement previously was published by GreenwichFreePress.com.

How you impact your friends, loved ones, and even brief encounters, determines the legacy you will leave. No matter what you believe, it’s not just about leaving a financial legacy.

We’ve spent a lifetime amassing possessions to pass them on to our children. But should that really be our legacy? What are the gifts of ourselves that we leave behind? What will our children tell their children about us?

Living your legacy is by design not default and has the power to spur you on to live a mindful, proactive, purposeful, and fully expressed life.

You will only make this journey once. What kind of journey will it be?

Speaking at the event will be Rabbi Mitchell Hurvitz, Senior Rabbi at Temple Sholom, the largest synagogue membership in Greenwich and the Reverend Marek Zabriskie, Rector of Christ Church Greenwich, one of the largest Episcopal churches in New England.

Together, they are honoring a decades long friendship between two neighboring congregations. Two different perspectives? Or not. Two men of God, two prominent respected speakers.

Rabbi Mitchell M. Hurvitz has been the Senior Rabbi of Temple Sholom for the past 18 years. He is the co-founder of The Sholom Center for Interfaith Learning and Fellowship, and is the president of the Greenwich Fellowship of Clergy, a position he has held several times. 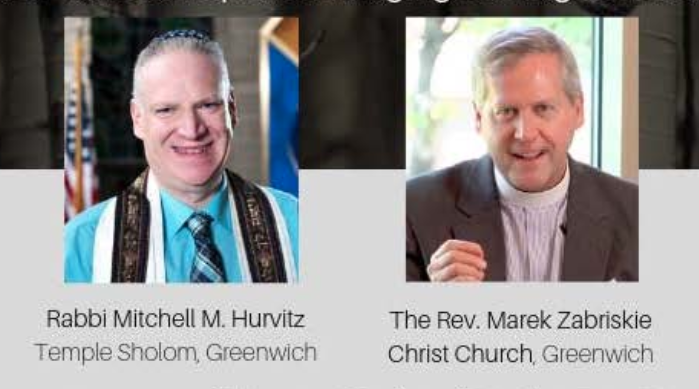 The two speakers, from the Greenwich Commission on Aging website.

As one of the prominent religious leaders in the Greenwich area and beyond, Rabbi Mitch is frequently asked to speak at synagogues and churches, study groups, and other community institutions and universities, and to share his teachings with both local and national publications.

Prior to his time in Pennsylvania, Marek served as the Associate Rector of St. James’s in Richmond, Virginia, and the assistant to the rector of St. George’s in Nashville. Originally from Detroit, Marek studied philosophy at Emory University and trained for the priesthood at Yale and Berkeley Divinity Schools. He was ordained in 1990.

Marek has published and edited several books, including The Bible Challenge, a popular study guide, with well over a million users worldwide, that helps people read the entire Bible in a year. He created the Center for Biblical Studies to promote The Bible Challenge nationally and globally.

He is also a member of the Compass Rose Society, which assists the Archbishop of Canterbury, and has preached throughout the United States and overseas.