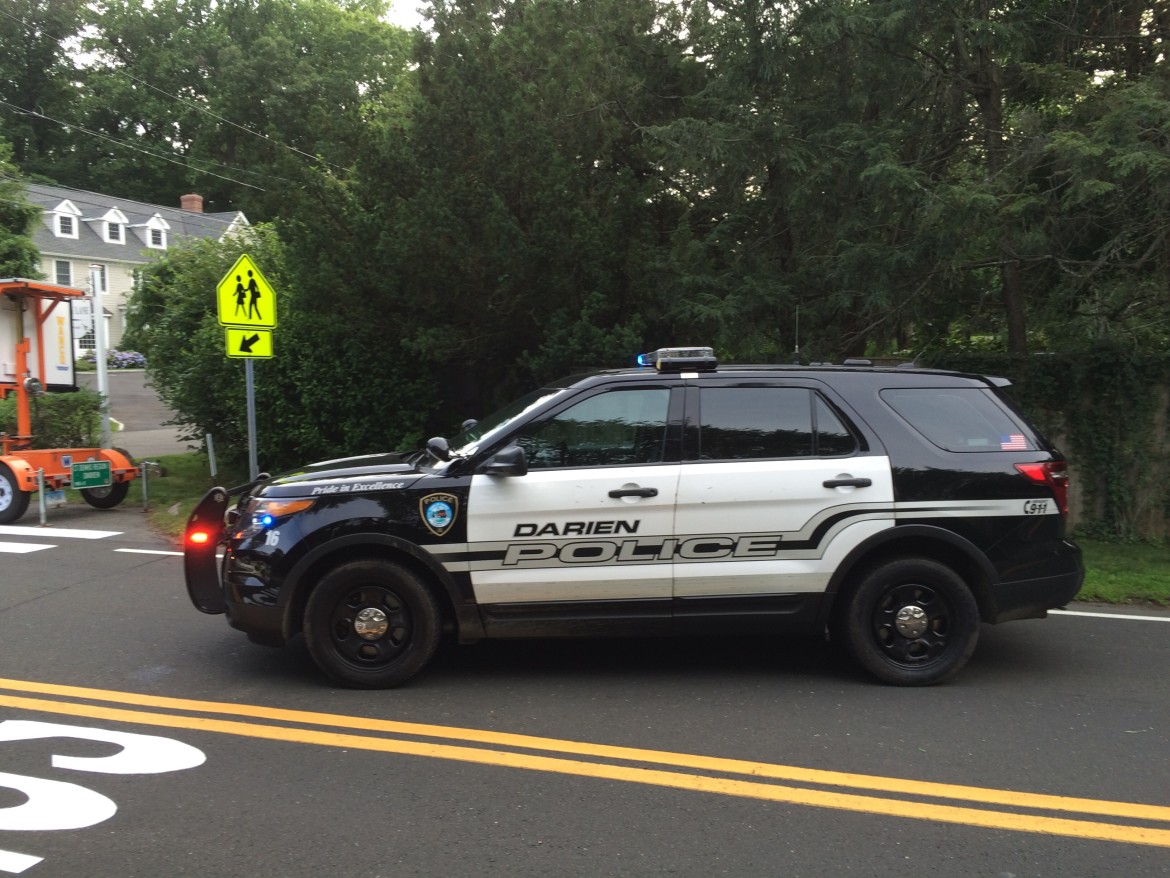 After getting two reports of a car being driven erratically as it headed south on Mansfield Avenue at about 6:30 p.m., Saturday, police stopped the driver and soon charged him with driving under the influence.

Both callers described the car as a black Ford sedan. Officers first saw it on Mansfield near the Country Club of Darien and followed it for a mile before pulling over the driver at the intersection of Mansfield Avenue and Oak Crest.

The driver, a 54-year-old Easton man, had slurred speech and smelled of an alcoholic beverage. A police officer saw a bottle of Jack Daniels whiskey on the floor between the driver’s feet.

When asked to get out of the car and perform field sobriety tests, the driver had difficulty keeping his balance as he left the vehicle. He couldn’t perform the tests to in an acceptable way and was charged with driving under the influence and failure to drive on the right side of the road.

At Police Headquarters, he refused to take a breath test. He was later released on a $250 bond and was scheduled to appear Dec. 4 in state Superior Court in Stamford. Instead, he appeared earlier. His next court date is Jan. 4, 2019. His bond has been eliminated.