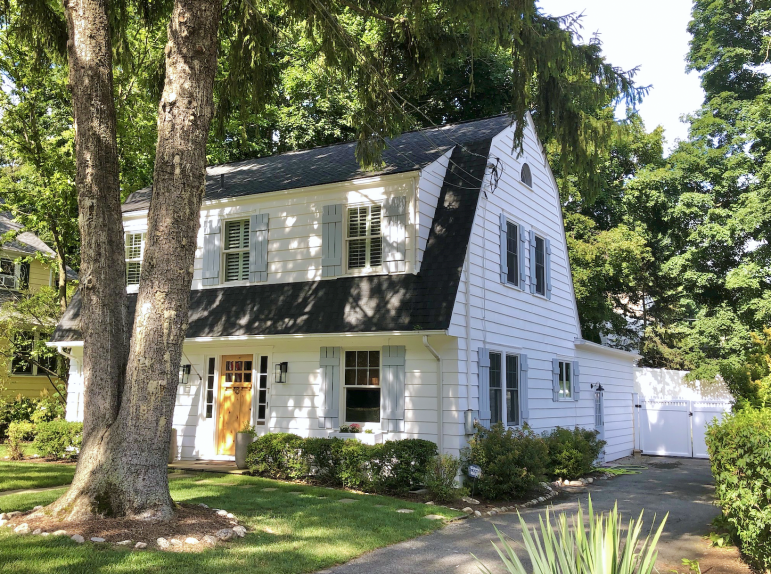 The MTA Rings the Alarm: It’s Running Toward a Fiscal Cliff

The MTA, parent of Metro-North, did something rare last week: They told us the unvarnished truth.

A police officer patrolling the Post Road at 4:02 a.m. saw a white van, without any lights on, backing up into the back of Nino’s Restaurant at 390 Post Road, police said. That, with other information, resulted in the arrests of two men accused of trying to steal used cooking oil.

‘The Good Wife’ Actor Julianna Margulies Visits DCA May 10 to Discuss Her Memoir, Now Out in Paperback

Actor and author Julianna Margulies will visit the Darien Community Association on Tuesday, May 10 , to celebrate the paperback release of her memoir, “Sunshine Girl: An Unexpected Life.”

A 51-year-old woman, found in a car with heavy front-end damage on the side of the Post Road at 3:12 a.m. was charged with driving while under the influence, police said.

You Are Hereby Invited to Royal Afternoon Tea with Carolyn’s Absolutely Fabulous Events, May 20 at the DCA

In honor of Queen Elizabeth’s Platinum Jubilee, Carolyn Eddie and her fabulous supporting crew cordially invite you to a Royal Afternoon Tea on Friday, May 20 at the Darien Community Association.

Lois Boots Berry died peacefully at home, surrounded by her family, on April 21. She was 90.

Beloved wife, mother, and grandmother Prudence “Tink” O’Connor Neubert peacefully passed away on April 21, after a courageous battle with cancer.

Learn About Octopuses and Their Cousins, Meet Science Friday’s Ira Flatow at The Maritime Aquarium

Enjoy a guided deep dive into the amazing world of octopuses, squid and their inky ilk on Tuesday, June 14 as public radio’s “Science Friday” founder and host Ira Flatow celebrates “Cephalopod Movie Night” with a special lineup of films and experts at The Maritime Aquarium at Norwalk.

Thomas Joseph Walsh Jr., M.D. died on April 24 at Norwalk Hospital after a brief illness. He was a long-time resident of Darien.

By one estimate, this all works out to an additional $10,000 per worker over four years.

The Connecticut Department of Transportation is developing plans to upgrade and expand closed-circuit television cameras, traffic flow monitors and communication upgrades on Interstate 95 and Route 7 in Fairfield County.

Dr. Sarah Crosby, a marine ecologist trained in conservation science with extensive experience in coastal and marine ecosystems, will join The Maritime Aquarium at Norwalk this week as director of conservation and policy.

The new position at the Aquarium is meant to significantly expand its leadership role in local and national conservation issues.

Connecticut Daughters of the American Revolution 2022

Ann Kane, 92, passed away peacefully at home in Darienon Feb. 27, with her family by her side.

The Maritime Aquarium at Norwalk and 23 other leading U.S. aquariums, as members of the Aquarium Conservation Partnership (ACP) , on Friday announced the first steps in achieving their long-term goal of carbon neutrality.

Gwenn Slater Fiorito, longtime Darien resident, beloved wife, mother, grandmother, aunt, and friend passed away on April 7, with her family by her side. She was 82.

Letters to the Editor

Friends of Animals President: ‘Trees are the Planet’s Lungs’ With Multiple Benefits for the Environment

I’m unnerved when I hear that morbid sound of trees being dismembered, limb by limb until they’re pulverized into saw dust.

Days after successfully defending her doctoral dissertation Tuesday, Middlesex Middle School Principal Karolyn Rodriguez had her baby a little early on Thursday and began a leave of absence for the rest of the school year, Superintendent Alan Addley announced in a letter to parents and staff.

Rodriguez had been expecting the birth next week. It’s the second birth for a top Middlesex School official: on April 13, Assistant Principal Dana Hutchins gave birth to a son (Sammy Hutchins Jr.). Hutchins is now out on maternity leave.

Henry L. Farmer V, of Darien died suddenly on Tuesday, April 12 at the age of just 16 in Stamford, of medical complications.

New Canaan Chamber Music will perform a concert, “Music of Love, Friendship and Epic Struggle,”  at 4 p.m., Sunday, April 24, dedicated to the people of Ukraine.