The long-planned project to replace the Post Road bridge over the Noroton River is scheduled to start construction this January, the Connecticut Department of Transportation has announced.

The bridge carries traffic on U.S. Route 1 (the Post Road in Darien and East Main Street in Stamford) over the river, which forms part of the Darien-Stamford border.

The project will also be long: It’s expected to be completed on May 1, 2021 — more than two years away, according to ConnDOT. But beware of time estimates, especially with long projects: Just last June, state transportation officials were saying work would start in November and last three full years — until November 2021.

At the time, Darienite reported:

It might well not last that long. A consultant who described the four-phase project said Phase II will only last a day or so, and the other three phases are expected to last between nine and 12 months apiece, which could mean the project might be done months earlier than three years. Unpredicted delays can also occur.

“Stage 1” of the construction will be the installation of a temporary bridge to the north of the present bridge. It will have two 12-foot-wide lanes and a 5-foot-wide sidewalk.

“It is proposed Brookside Drive will be closed to U.S. Route 1 during all stages of construction,” the ConnDOT announcement said. “Residents will be redirected to Anthony Lane and Hillside Avenue during this period.”

The announcement also said this about lane closures and the construction schedule in general:

ConnDOT describes the other three stages this way:

—During Stage 2, one lane of traffic in each direction will be supported on the temporary bridge while the existing bridge is cut and prepared to provide a third lane of traffic. 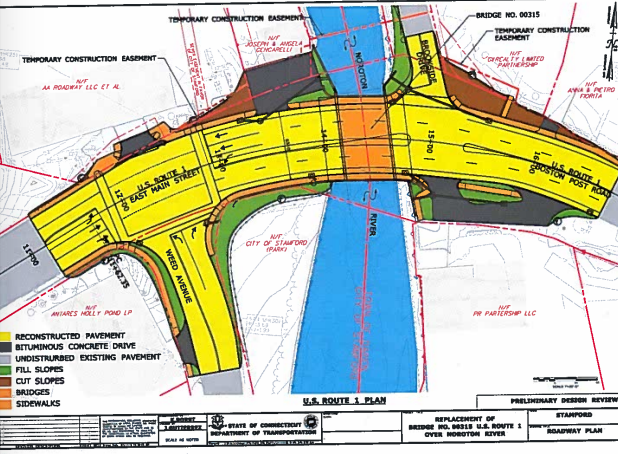 Note that the project doesn’t involve the bridge, but the roadways leading up to it, on both sides.

—During Stage 4, the westbound lane will shift to the newly constructed portion of the new bridge while the northern portion is built.

When the project is done, according to ConnDOT, the new bridge will be about 2.5 feet higher. The span will have two 11-foot-wide traffic lanes in each direction, along with an 11-foot left turn lane onto Weed Avenue (which runs along Holly Pond to Cove Park in Stamford).

The bridge will have two 5-foot-wide shoulders as well as sidewalks “of varying width” on each side of the roadway.

New England Infrastructure of Hudson, Massachusetts was awarded the $9,495,716 project on Oct. 31.

Images and pictures from a December 2014 public information meeting in Darien conducted by ConnDOT: 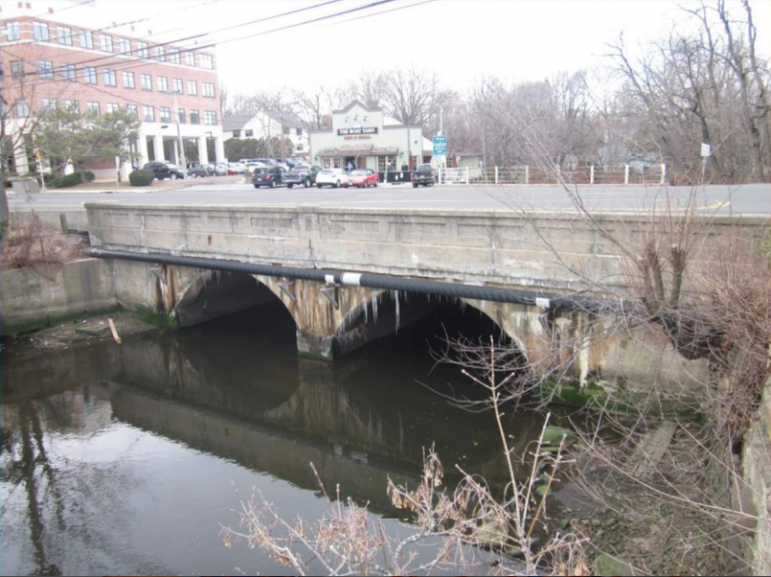 Looking northwest at the bridge. 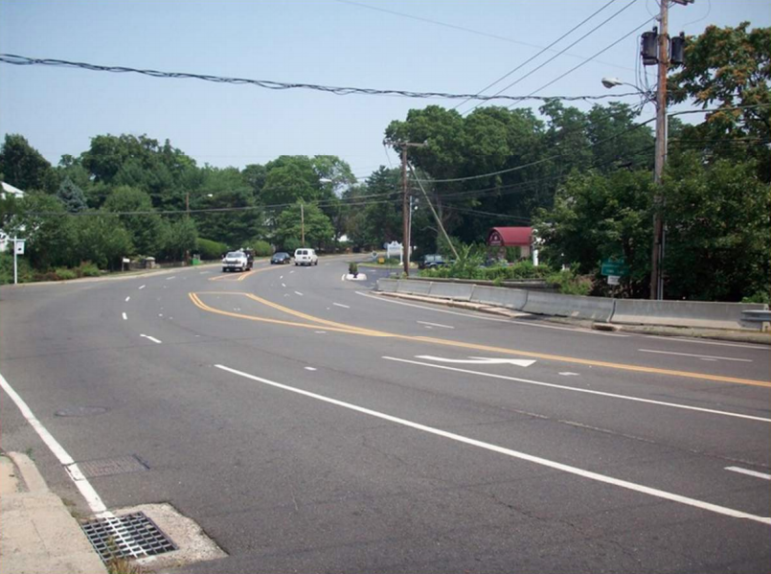 The Darien side of the bridge. 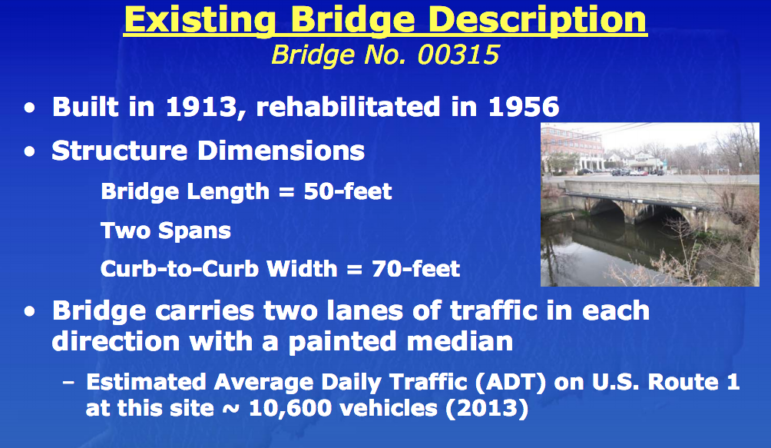 Facts about the current bridge.

In 1912, the New York Times published an article on recreational summer trips by streetcar. The article recommended taking in the view at the Noroton River bridge: “Stand on the bridge over the Noroton at Stamford and take in the first of a series of beautiful pictures that everywhere meet the tourist’s gaze.”