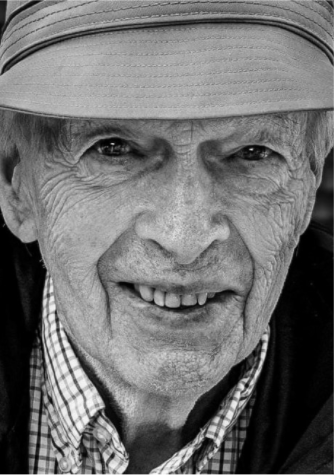 He was born on Aug. 1, 1925 in Malden, Massachusetts to the late Alva Britton and Mary Eleanor (Wetherell) Morgan. He married his wife Shirley (Cole) Morgan on May 14, 1955 in Norwalk. She predeceased him in 2016 after almost 62 years of marriage.

Ben graduated from Darien High School in 1943 and St. Lawrence University with a Bachelor of Science degree in 1948. He graduated from New Haven College in 1962 with an AS Degree in electrical engineering.

He served in the U.S. Navy from 1943 to 1946 as an electronic technician’s mate, 2nd class. He was an employee of Connecticut Light & Power for 41 years, retiring as the Danielson District manager. He was appointed by the governor of Connecticut to the state Board of Landscape Architects in 1979 and served on the Killingly-Brooklyn Chamber of Commerce for many years, including holding the position of president and sitting on the board of directors

Ben was an active lifetime member and strong supporter of the Putnam Rotary Club and received a perfect attendance award for just shy of 50 years. He was a member of the Norwich branch of the U.S. Power Squadrons for 50 years and had successfully completed every course offered by that organization including Advanced Celestial Navigation, which he also taught.

He loved fishing off the rocks in front of his house and running on Good Harbor Beach in Gloucester and was well-known and loved on Brier Neck.

Family and friends may visit Montville Funeral Home of Church and Allen, 52 Norwich New London Tpke., Uncasville, Connecticut on Saturday July 17, from 1 to 2 p.m. Burial will immediately follow at Maplewood Cemetery in Norwich.

Family and friends will be invited to attend a reception in Ben’s memory from 3 to 6 p.m. in a nearby location.

— an obituary from Montville Funeral Home of Church & Allen, where online condolences may be left