One food store in town received a “C” rating from inspectors in the latest health inspection reports released by Darien Health Department.

Out of five reports from inspections that took place from Aug. 24 to 30, two places were rated “A,” two more got “B” ratings, and one received a “C.” 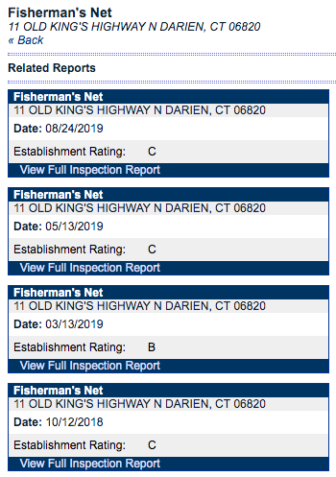 In the four most recent inspection reports for Fisherman’s Net (going back to Oct. 12) posted on the department’s website, three were “C” ratings.