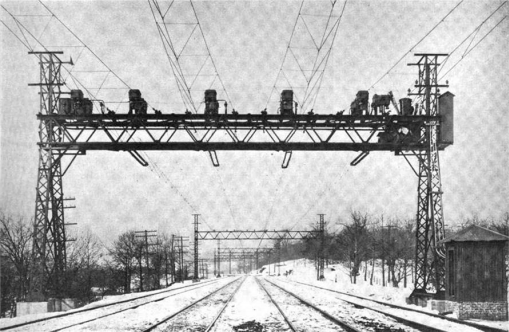 The "power substation" over the railroad tracks in the Devon section of Milford that was damaged by the fire just after midnight on Feb. 19, 2019.

A fire that knocked out some electrical equipment in Milford just after midnight on Tuesday is resulting in train delays of 10 to 15 minutes between Stamford and New Haven until the equipment is replaced, Metro-North says.

In an announcement on Tuesday, Metro-North didn’t say how long it will take until the problem is fixed.

The “power substation” damaged in the fire is in Milford, just east of the Devon Moveable Bridge, a railroad bridge spanning the Housatonic River close to the Interstate 95 bridge between Stratford and Milford.

Here’s the full text of the announcement, including pictures provided by Metro-North: 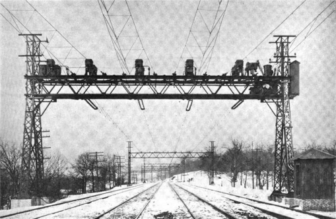 A “power substation” over the railroad tracks. One like this,  in the Devon section of Milford, was damaged by a fire just after midnight on Feb. 19, 2019.

At approximately 12:15 a.m. this morning (Feb. 19, 2019) there was a circuit breaker failure resulting in a fire at an overhead traction power substation located east of Devon Moveable Bridge in Connecticut (see image at right of an overhead substation).

This fire resulted in significant damage to the cables and wires that support the operations of the power substation (see image below). 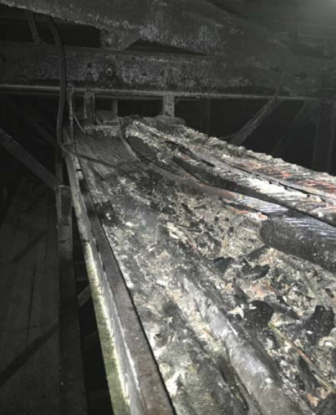 The fire “resulted in significant damage to the cables and wires that support the operations of the power substation,” Metro-North said.

Metro-North crews are now working to bring a new substation that is currently under construction, into service this week so that it can provide some of the functionality lost at the Devon substation.

Engineers are also working to introduce interim functionality at a second substation that was not scheduled to come on line until this fall.

New Haven Line customers between Stamford and New Haven should anticipate delays of 10 to 15 minutes until this interim repair work is completed, and there is a full restoration to normal operations.

We appreciate your patience while we perform these repairs. For more information, please call 511, in CT call 1- 877-690-5114 or visit this Metro-North Web page.