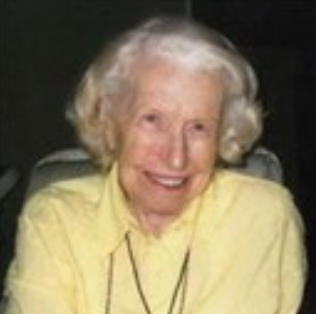 Jeanne McLaughlin passed away on Aug. 16. A celebration of her life is to take place on Oct. 26.

Jeanne McLaughlin passed peacefully in her sleep on Aug. 16 in Palm Desert, Arizona. She was 98.

Jeanne McLaughlin passed away on Aug. 16. A celebration of her life is to take place on Oct. 26.

She was born Oct. 23, 1920 in Pittsfield, Massachusetts and grew up in Bridgeport. She was a graduate of Basick High School and Katherine Gibbs College in New York.

During her twenties she worked for Chance Vought and Sikorsky Aircraft and was one of the first women to fly in a helicopter.

After returning from her tour she became Charles Lindbergh’s executive secretary in Darien.

— This obituary previously was published by the Desert Sun.

In 1954 she married William L. McLaughlin, MD and moved to Hannover, New Hampshire, where they had three children. In 1960 the family moved to Tiburon, California and then migrated to Palm Springs, California in 1963 where Jeanne lived for the next 55+ years.

While the kids were growing up Jeanne became active with the Palm Valley School. Jeanne was an excellent skier, tennis player and even dabbled in hang gliding! She was known for her warmth, generosity and amazing sense of humor!

Her love of animals meant that she was never without a dog by her side until she passed away.

A celebration of her life is planned for Oct. 26 at the family home in Cathedral City. Friends and family are welcome. Please email ….or call ….

In lieu of flowers please contribute to the ASPCA or Audubon society.