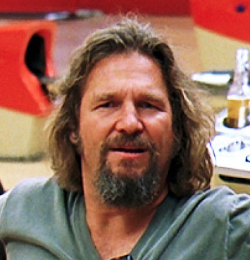 Dude — the Avon Theatre’s annual showing of “The Big Lebowski” comes with a costume contest with prizes — patrons are invited to wear their best Lebowski-themed attire!
The plot of this Raymond Chandler-esque comedy crime caper from the Coen Brothers pivots around a case of mistaken identity complicated by extortion, double-crosses, deception, embezzlement, sex, pot, and White Russians. 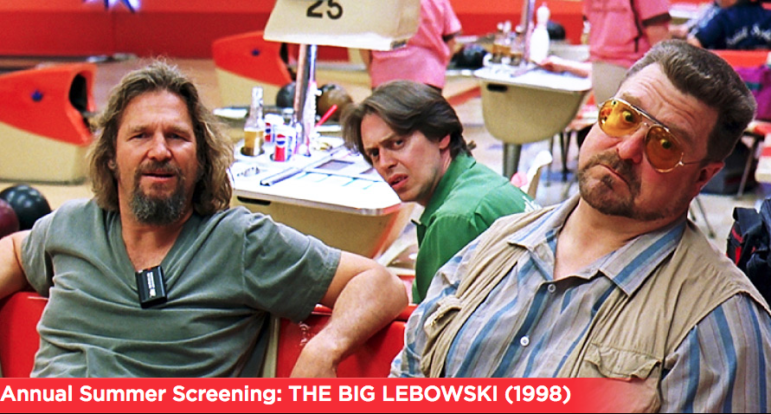 The Dude and friends

However, the Dude’s life takes an alternate route the afternoon two goons break into his threadbare Venice, California, bungalow, rough him up and urinate on his living room rug.

All because Jackie Treehorn is owed money by the wife of a certain Jeff Lebowski. But, the goons grabbed the wrong Jeff Lebowski. With the right info, they would have invaded the home of philanthropic Pasadena millionaire Jeffrey Lebowski.

The Dude looks up his wealthy namesake, manages to get a replacement for his rug, and meets the millionaire’s sexy young wife Bunny (Tara Reid). Later, Jeffrey Lebowski calls in the Dude to deliver a $1 million ransom for the return of his kidnapped wife.